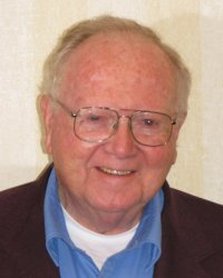 Following graduation from Alliance High School, Mr. Bowman served as a cryptographer in the U.S. Army Signal Corps from 1951 to 1953.  After graduating from Mount Union College in 1956 he served as general manager for Bowman Hardware Co. and as a special events director and broadcaster for Alliance WFAH Radio Station.

Best known for his efforts in politics, Mr. Bowman was elected to Alliance City Council in 1966 and served as Deputy Stark County Auditor from 1967 through 1974.  He was elected to four terms as Stark County Auditor from 1975 through 1991.  He later served as the executive director for the East Ohio United Methodist Fund, business manager for the Alliance Chorale and trustee for the Canton Symphony.  He was also a music director for the Carnation City Players.

In 1976 Mr. Bowman was honored as a Distinguished Alumni of Mount Union College and as the Alliance Citizen of the Year in 1977.