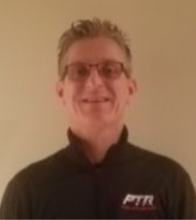 Graduate, Alliance High School 1986 Machine Trades, Vocational Educational Barberton Machining Institute, 4 year Trade School
Todd is a graduate of Alliance High School from the class of 1986. While attending Alliance High School he took Machine Trades courses in the Vocational Educational program, now the Career Tech Program. After graduation, he went on to attend four years of trade school at the Barberton Machining Institute. From a young age, he was always interested in building things or taking them apart. And his passion continues to show in his work today.
Todd began his career as a CNC Tool Machinist. In 1996, ten years after high school graduation, he started his first business, Premier Hydraulics. He ran and grew that business for ten years then sold and bought his current company, PTR Group in 2005. He is still operating and growing PTR Group today.
Todd’s facility is located in Wheatland, Pennsylvania and they currently employ around 500 people. PTR Group has been recognized and awarded for job creation and growth as well as excellence in the local economy in the state of Pennsylvania.

Todd’s parents are Helen and Willie Diehl. Growing up they taught him and his siblings what it means to work hard, to love and support each other, to have confidence in yourself and never give up. Todd has two brothers, Scott and Greg Diehl as well as two sisters Tracie Brush and Elizabeth Penird. They are a close knit family; his parents and his siblings helped shape him into the man he is today.

Todd just celebrated his first year wedding anniversary with his wife Crystal. His oldest daughter, Sydney, graduated from Ohio University with a degree in Marine Biology. Todd’s youngest daughter is currently a junior at Ohio University and will graduate in 2020 with a degree in Fashion Merchandising. His step-daughter, Jenna, is currently a freshman at Alliance High School. He treasures his relationship with his entire family.

The academic achievements of each student were recognized as they were presented a certificate and a Varsity “Academic A” letter. The parents of the students were introduced, along with the student’s ‘honored educator,’ chosen by the student as someone who has been most instrumental in the realization of their academic success. For the twenty-sixth consecutive year, each of the top ten percent received a scholarship award from the AHS Foundation.

The Academic Recognition Day was established in 1987 by a small group of mothers because they felt academic high achievers should be publicly awarded for their achievements. The committee continues to be composed mainly of parents, working in cooperation with school personnel. The committee’s goal is to encourage and recognize academic excellence among all Alliance students – college preparatory, vocational and general studies.  Committee chairperson is Kim Snyder Reber (AHS Class of 1980).

Support for the Academic Recognition Dinner comes from the generosity of Alliance area businesses, industries, & organizations, current & retired Alliance City Schools administrators, teachers and staff, and Alliance area citizens. The John & Roene Klusch Foundation was, once again, the primary financial contributor for this event and presented a scholarship to the student with the highest composite ACT score in the top ten-percent of Alliance’s graduating senior class. This scholarship was presented by Mr. Scott Whetstone, representing the Klusch Foundation.

John & Roene Klusch were life long residents of Alliance, Ohio and members of the St. Paul Lutheran Church in Alliance. John was the founder of East Ohio Machinery Company, which still operates in Alliance Ohio. John & Roene established the Foundation to support Alliance, Ohio and Marshallville, Ohio, where Roene was raised. In addition to the Foundation, the Klusch''s were strong supporters of the Alliance High School Scholarship Fund.

AHS Foundation begins the awarding of scholarships to the top 10% "Varsity Scholars."

1992:  Dr. Anthony R. InGraffea, Professor of Structural Engineering, Cornell University: “What Will I Need to Know?.”

1997:  Attorney David Lieberth, Founding President, Inventure Place, National Inventors Hall of Fame:  “Legends of the Future, Visions of the Past.”

1998:  Mr. Gary L. Wilson, Chairman, Northwest Airlines; Board of Directors, The Walt Disney Company:  “The Future is Yours to Shape.”

1999: Dr. Lawrence Krauss, Chairman, Department of Physics, Professor of Astronomy, Case Western Reserve University:  “To Boldly Go           Where No One Has Gone Before.”

2001:  Dr. Michael J. Dunphy, professional educator and speaker, “The Second Law and You.”

Primary funding begins from The John & Roene Klusch Foundation & a scholarship is awarded to the student with the highest ACT composite score.

2011:  Mark Fedor, 1989 graduate, 1994 Engineering Degree from the University of Akron.  President and CEO of Morgan Engineering.