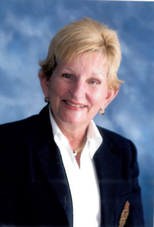 ﻿﻿Sarah (Morris) Brown is a 1961 graduate of Alliance High School.  She graduated from Barnard College, B.A. 1965, and Case Western Reserve School of Law, J.D., 1968.  She served two terms on the Alliance Board of Education and one term as an Alliance City Councilman-at-Large.  Sarah has also served ten years on the Ohio Ethics Commission and ten years as the Treasurer of the Ohio Republican Party.  She currently serves on the board of the Stark Education Partnership.  Sarah and her husband of 47 years, retired Stark County Common Pleas Judge Charles Brown, are parents of three children, all AHS graduates, and three grandsons.  Happy memories of friends and teachers at Parkway Elementary, State Street Middle School and Alliance High School fuels her continuing interest in helping Alliance students further their education.  Sarah has been a member of the AHS Foundation Board of Trustees since its inception in 1988 and has served as its President beginning in 2002.

Joseph A. Zelasko Jr. is a 1951 graduate of Alliance High School.  He received his B.A. from Mount Union College in 1955 and his M.A. from John Carroll in 1957.  He taught U.S. History and Chemistry at Alliance High School from 1956 to 2000 and was Chairman of the Alliance High School Social Studies Department from 1970 to 2000.  He is presently an Adjunct Professor in the University of Mount Union History Department.  Joe has also served on the Board of Directors of the Alliance Historical Society since 1980.  He was presented the Alliance Citizen of the Year Award in 2000.  Joe married Carol D. Speidel in 1955 and they have two sons, Gregory and Scott, three grandsons and one granddaughter.  He has been a member of the AHS Foundation Board of Trustees since 1990, presently serving as Vice President.   ​

Richard “Dick” Diser is a 1963 graduate of Alliance High School.  He graduated from Kent State University in 1971 with a major in Accounting.  He then worked for Goodyear Tire & Rubber Company for 35 years, retiring in 2006.  He also served in the U S Army for two years.  Dick is married to Susan, a Marlington High School graduate and they have a daughter, Jennifer (AHS class of 1990) and four grandchildren.  Bowling, slo-pitch softball, Boy Scout leader and now golf have been his leisure time activities for many years.  He also enjoys following his grandchildren’s soccer.  Dick has been a member of the AHS Foundation Board of Trustees since 1995 and serves as Managing Editor of the Foundation’s newsletter. 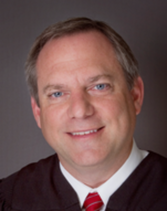 Judge Andrew L. Zumbar graduated from Alliance High School in 1985.  He went on to graduate from Mount Union College, magna cum laude, in 1989 and Case Western Reserve University School of Law in 1992.  His legal career began as a practicing attorney engaged in a general practice law firm in Alliance for 22 years.  He also served as City of Alliance Law Director from 1996 through 2013, and formerly served as Special Counsel to the Ohio Attorney General.  He also previously served as the Assistant Solicitor for the Village of Sebring, Ohio for 13 years.  During this period Judge Zumbar tried more than 200 cases to jury verdict and appeared before many trial Courts, Appellate Courts and the Supreme Court of Ohio, as well as administrative agencies of the state and its political subdivisions.  He has been active in many community organizations.  He is married to Michelle Domer and they have three children.  Judge Zumbar has been a member of the AHS Foundation Board of Trustees since 1996.

Sandy (Oswalt) Good is a 1958 graduate of Alliance High School and has been the class secretary-treasurer since 1963.  Her career history includes working for Bonney Forge & Tool from 1958 to 1962, a stay at home mom until 1976, Dr. Joseph Iwano’s office from 1976 to 1981 and LoDano’s Footwear from 1979 to 1997.  Beginning in 1998 to present Sandy has volunteered at Alliance Community Hospital in the OB Department and the Education Services Department.  She is married to Richard P. Good (AHS ’52) for 22 years and they have 6 children between them, 14 grandchildren and 3 great grandchildren.  They are members of the Vine Street United Methodist Church where Sandy serves on the Administrative Board and various committees.  They also belong to B.P.O.E. Alliance Lodge 467, the North End Next Generation, ACH Auxiliary, and Alliance Area Senior Center.  Sandy has been a member of the AHS Foundation Board of Trustees since 1998 serving as treasurer since 2005.  She also maintains alumni addresses and Chronicles, and labels the Foundation’s newsletters.   ​

Deborah “Debbie” (Carr) Martin is a 1968 graduate of Alliance High School.  She graduated from Mount Union College in 1972 with a degree in French Education, as well as post graduate courses in Accounting at the University of Akron.  She retired as Vice President from Damon Industries in 2018 after 41 years.  Debbie is a cellist, and a member of the Alliance Symphony and One String Short. She is an active member of Trinity Episcopal church and volunteers at the Community Food Pantry.  Debbie was married to husband Robert Martin (MHS Class of 1964) who passed away in 2019.  Debbie has two stepchildren, Stephanie Martin Shively (AHS ‘87) and Steven Martin (AHS ‘94).  Her parents graduated from Alliance High School; her father, Francis “Jim” Carr ‘45 and her mother, Carol Greenawalt Carr,’48, as well as siblings, Cathie ‘69 and Bill ‘74.

Kevin G. Knowles is a 1987 graduate Alliance High School. He went on to earn a BS degree in education with a concentration in administration and management from Bowling Green State University in 1992.  His work experience includes 11 years in credit card fraud prevention and investigation for both Chase Bank and Discover Card in Columbus, Ohio.  In 2007 Kevin returned to Alliance to work in the City Auditor’s office.  When a vacancy occurred in the Auditor’s position he was initially appointed to the position and has since been elected two times.  As City Auditor, his office has been recognized by the State of Ohio Auditor’s office with the Award of Distinction.  Fewer than 5% of all governmental agencies are eligible to receive this award.  He is a past member of the Alliance Downtown Special Events Commission.  Kevin has served on the Alliance High School Foundation Board since 2011.  He has played a significant role in the development of the Foundation’s website.

Jody (Newman) Koenigseker is a 1968 graduate of Alliance High School and went on to graduate from Bowling Green State University with a degree in Home Economics Education. Her teaching assignments included Food Service, GRADS, Career Assessment, and vocational testing for students with disabilities. She was an active member of Ohio Career and Technical Association during her career, having served as a member of the board and in additional leadership positions. Family includes sons Heath and Chad Yeater, 5 grandchildren, and step-daughter Leigh Anne. Jody is enjoying retirement as an active member at First Christian Church, Board Member for the Alliance Community Pantry, Red Cross volunteer, golfer, and other activities which keep her on the go. She joined the AHS Foundation Board in 2013 and serves as its Secretary.

Patrick Heddleston is a 1982 graduate of Alliance High School. He graduated from Mount Union College with a Bachelor of Arts Degree in Finance in 1986 and began his career at First Federal Savings and Loan of Canton until 1990. He then served in various financial positions at Diebold, Inc. from 1990 to 1998. Since 1998, he has served as the Vice President for Business Affairs and Treasurer at the University of Mount Union. He and his wife, Lori, have two children, Cory (AHS ‘08) and Abby (AHS ‘13). Pat serves on many local boards in the Alliance area and has been an AHS Foundation Board of Trustees member since 2013.

Cheyanne Gonzales is a 2014 graduate of Alliance High School. She went on to attend the University of Mount Union as a member of the inaugural class of Investment Alliance Scholars. She graduated from. Mount Union in 2018 with a Bachelor's of Arts in Writing. Shortly after college, she was hired by Alliance City Schools as the Communications Liaison. Her father, Steven Gonzales '87, is a graduate of AHS along with her sister, Sierra (Gonzales) Schaffert '12. Cheyanne joined the AHS Foundation in February 2022.

Chad E. Morris is a 2001 graduate of Alliance High School.  He then attended the University of Mount Union graduating in 2005 with a Bachelor’s of Science in Computer Science.  He was hired directly out of college as the Network Manager of Alliance City Schools and is still employed with the district as the Supervisor of Technology.  His mother Nancy Greiner Morris, father Richard Morris, sister Vicki Morris McGeehen (AHS ’90), brother-in-law Keith McGeehen (AHS ’87), and wife Katie Morris(Garland) have all worked or are currently in the district.  Chad joined the AHS Foundation Board of Trustees in 2014 and serves in a similar capacity as he does for the school district.   ​

David “Scotty” Wolpert is a 1965 graduate of Alliance High School. He went on to earn a BA from the University of Mount Union in 1969. Dave spent the majority of his working career in the field of banking starting out at Midland Buckeye Savings and Loan. He retired in 2004 after 32 years from Charter One Bank/Citizens Bank as the Vice President of Mortgage Lending for North Eastern Ohio. Dave then started his second career returning to his alma mater Mount Union as the Director of University Advancement for Planned Giving. After 11 years at Mount he retired in 2015. Dave and his wife Debby were recipients of Mount Union’s Dottie Davis Alumni Service Award in 2013. He and Debby have two children Andrew and Melissa and four grandsons. Dave worked closely with the AHS Foundation in helping to establish The Class of ’65 Scholarship as part of their 50th class reunion. Dave joined the AHS Foundation Board of Trustees in 2017.

Daniel R. Griffith ’95 was elected to the AHS Foundation Board of Directors in June, 2017. After receiving his B. A. from Mount Union College in 1998, Dan went on to receive his law degree from The Ohio State University in 2002. He began his career with the law firm of Black, McCuskey, Souers & Arbaugh where he focused on estate planning and business advising. In 2010 he left to join Premier Bank & Trust as the Chief Trust Officer, and currently serves as the Senior Vice President, Regional Trust Manager for Huntington Bank.
Dan has remained active in the community, serving on the Boards of Mount Union and Copeland Oaks. He is a member of North Canton city council where he lives with his three children.

Todd J. Ruggles Todd is a Certified Public Accountant and Tax Manager at the 415 Group, Inc., an accounting, business consulting, and IT service firm in Canton, Ohio. He is a 2006 graduate of Alliance High School and graduated from the University of Mount Union with a degree in accounting in 2010. His grandparents, Harry and Marjorie Ruggles (1946), father, Jeffrey (1972), and brothers, Curt (2004) and Evan (2012) are also all graduates of Alliance High School. His mother, Melissa, taught in the Alliance City School system for 35 years as well before retiring. He looks forward to helping the foundation continue its longstanding tradition of helping Alliance High School graduates reach their educational goals.
​