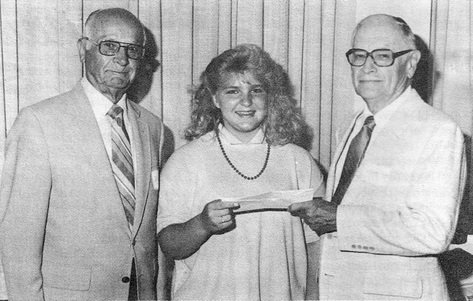 Seth Miller from the Kiwanis Club was appointed temporary chairman and Warren Davis, who was the school superintendent, was appointed temporary secretary.  The first financial assistance offered to students was in the form of six loans totaling $1,014.  But, by 1959 there was talk of discontinuing the foundation for inactivity and ten years later there was an unsuccessful attempt made to revive the foundation.

The goals and purposes of the AHS Foundation were established as furnishing financial assistance and offering encouragement to qualified graduates of AHS to obtain educational training beyond that of secondary school.  The goals and purposes would be achieved through the Foundation’s fund-raising efforts.  Membership was opened to all graduates of AHS and to any persons or organizations interested in encouraging the future education of AHS graduates.

The first gift to the Foundation after its 1987 reactivation was a check for $1,000 given anonymously by a member of the AHS Class of ’34.  The Foundation received another boost when Eugenia Moses, a former AHS teacher, also donated $1,000 to the fund.  The first scholarship in the amount of $500 was presented in 1987 to Diana Fails and the AHS Foundation’s first newsletter came out in the spring of 1988 under the direction of Sarah Morris Brown ’61.

By 1997 the Foundation’s assets had grown from $6,000 to $107,235 through donations, memorials, bequests and dues from thousands of AHS alums.  Three scholarships were presented that year totaling $2,500 and $100 awards were presented to all members of the top 10% of the graduating class.  In 1995 Dick Diser ’63, took over the reins, as managing editor, of the Foundation’s newsletter, which reached nearly 12,000 alums at 10,000 addresses.  During this period of growth and until 2004, Jim Obney ’52, created and maintained the alumni database including newsletter addresses and contributions.

In the spring of 2000 the AHS Foundation’s Board of Trustees announced the Millennium Campaign, challenging every graduating class and every graduate of AHS to raise $250,000 over the next five years.  Since the Foundation’s re-structure in 1987, almost $50,000 in scholarships and financial awards had been presented to AHS graduates for continuing education.  The Foundation's treasury had grown from $6,000 to $150,282.  The goal of the Millennium Campaign was to significantly increase the number and amounts of those scholarships.

In April 2001, John Klusch ‘34 stepped down as the chairman of the AHS Foundation after fourteen years of dedicated service and paternal guidance.  He was replaced by Sarah Morris Brown ’61, who had been serving as the Foundation’s secretary since the new board was established in 1987.  John was elected as Chairman Emeritus.  John and his wife Roene left the board with a parting gift to the Millennium Campaign of $150,000, which became the impetus of the AHS Foundation Renewable Scholarships that were presented to three seniors that year.

By the end of 2005 the Foundation’s net assets totaled over 1.4 million dollars including ten privately named scholarship funds.  The following spring, 43 scholarships and awards exceeding $50,000 were presented to AHS Class of 2006 graduates.  Also in 2005, the AHS Foundation newsletter started a popular series on nine of the present or former elementary schools in Alliance.  The series ran from 2005 to 2012 with photographs and remembrances by alums who attended those schools.

A milestone was reached in June 2009 when the AHS Foundation surpassed half a million dollars in scholarships and awards given to 711 AHS graduates.  “We have been extremely fortunate to have the support of Alliance High School graduates from classes that span eight decades,” Foundation president Sarah Morris Brown ‘61 said.  That year the Foundation presented 18 scholarships, 19 academic top ten percent awards and 13 other ‘named scholarships’ totaling more than $80,000.  Criteria for selecting scholarship recipients includes: academic achievement, financial need, extra-curricular activities, community involvement, and teacher recommendations.

2011 was another milestone for the AHS Foundation in its 25th year since being re-activated.  Total scholarships and financial awards had risen from one scholarship for $500 in 1987 to $673,850 presented to more than 800 graduating seniors over the 25 year period.  The following four years saw five named scholarships with endowments exceeding $177,000 added to the AHS Foundation’s family of scholarships.

In 2015, 29 years since being reestablished, the Alliance High School Foundation’s goals and purposes have remained constant: to furnish financial assistance and offer encouragement to qualified graduates of Alliance High School to obtain educational training beyond that of secondary school. 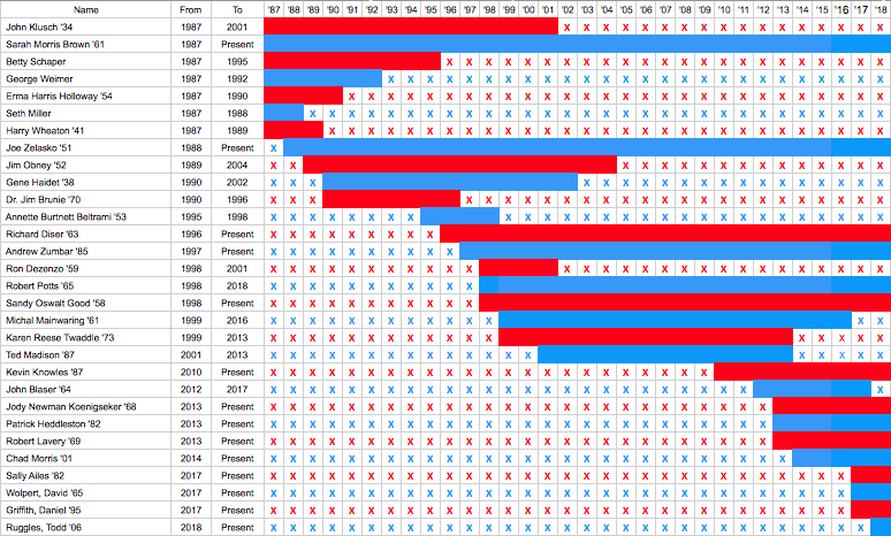