On September 19, 2015, the Class of 1982 lost one of its more popular graduates with the passing of Cliff Trainer at age 52. Cliff was well known for his skills as a shooting guard on one of the most successful basketball teams in the history of Alliance High School during the 1981-82 season. That year, the Aviators finished with a record of 22-3 before falling in the Regional Final to their arch-rival, the Barberton Magic.

Always known for his sense of humor and outgoing personality, Cliff was a resident of Alliance and is survived by his two children, Michael and Morgan; a sister, Tammy, two brothers, Jim (‘79) and Troy (‘82), as well as his companion, Shelly Milburn, her daughter, Mikayla (‘16) and many family members. 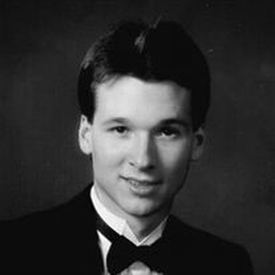 Todd Schafer '82
Tragically, the class of 1982 suffered the passing of another popular member of its class, Todd Schafer on October 28, 2015 in Atlanta. At the request of his family, memorial donations came in to support the Trainer Scholarship in Todd’s name.

The Cliff Trainer Memorial Scholarship fund was transferred to the AHS Foundation in February 2016 and will be used to fund two $500 scholarships annually for a period of ten years to one male and one female student-athlete who has demonstrated financial need to attend college.