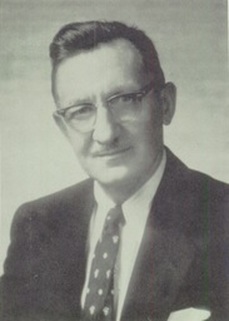 The late Samuel F. Husat read and wrote in 12 languages and had lifetime teaching certificates for seven languages.  He had been head of the language department at Western Reserve Academy before his death in 1964 and was head of the language departments at State Street Junior High School and Alliance High School when he taught there.  Mr. Husat also taught at Mount Union College, where he graduated from in 1931.

Mr. Husat had various articles published in the Modern Language Journal and at the time of his death in 1964, he was preparing material for a Spanish textbook.  During World War II he served in the Army Intelligence Service and prepared pamphlets in French and German which were used by the U.S. Army.  He also participated in the invasion of Normandy on D-Day.  He was a past member of the Alliance Kiwanis Club and a charter member of the Hudson Kiwanis Club. 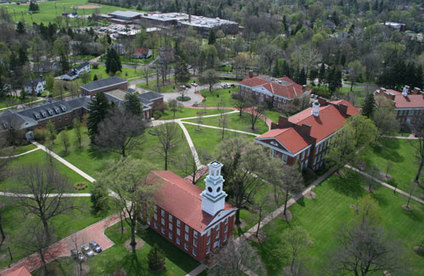 Western Reserve Academy in Hudson, Ohio (source: wra.net)
Mr. Husat passed away on May 23, 1964 and is buried in Alliance City Cemetery.  He is survived by his spouse Victoria Craciun Husat AHS ’29 and son Donovan D. Husat.  Following his death, the Samuel F. Husat Memorial Scholarship Fund was established at Western Reserve Academy in Hudson, Ohio.

Biographical update: Victoria Craciun Husat passed away on July 15, 2008 at the age of 97 and is buried with her husband Samuel F. Husat in Alliance City Cemetery.  They are survived by a son, a grandson and a granddaughter.