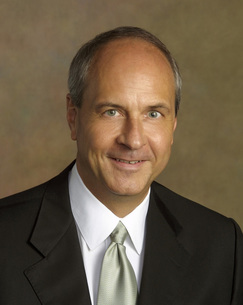 Attorney Hunt has practiced law since 1978 and is currently a director with Krugliak, Wilkins, Griffiths & Dougherty Co., LPA, having served as its managing director from 1988 to 1998.

He is a member of several professional organizations and has been selected by his peers as an Ohio Super Lawyer and one of the Best Lawyers in America. 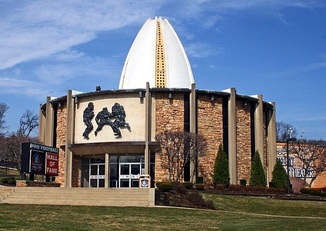 NFL Football Hall of Fame (Source: scenicusa.net)
Attorney Hunt also has a number of private interests and has written articles for professional publications.  His major contributions to society include serving as Chairman of the Boards of Trustees for the Alliance Community Hospital, the University of Mount Union, Stark Development, Stark State College, and most recently, the NFL Pro Football Hall of Fame.  His leadership and strategic vision have not only made those organizations fiscally stronger, but more dynamic and progressive.

Randy resides with his wife, Ann Marie, in Alliance.  They have three children and four grandchildren.  Randall Hunt was nominated by Gerard Mastroianni.

(Source: kwgd.com)
Biographical update: Honors that Attorney Hunt has received since his induction as a Distinguished Alumnus in 2014 include the Dodie Davis Alumni Service Award from the University of Mount Union, the “Spirit of Enterprise” Award from the Alliance Area Chamber of Commerce, the Award of Merit from the Canton Regional Chamber of Commerce, an AV® Preeminent Rating by Martindale-Hubbell and named Best Lawyers “Lawyer of the Year” Corporate Law, Akron Area.