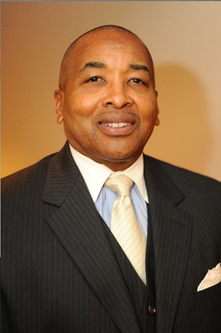 A 1969 graduate of Alliance High School, Merrick Malone entered Ohio Northern University and graduated in 1973 with a B.A. degree.  While attending Ohio Northern, he also studied at the American Study Center in Basel, Switzerland.  He graduated from Georgetown University Law Center in 1976 with a Juris Doctor degree.

From 1976 to 1978 Mr. Malone worked in the Foreign Service Department of the U.S. Department of State.  In 1978 he joined the law firm of Watts & Malone.  From 1980 to 1984 he served as Deputy Director of Housing for the City of Detroit, under Mayor Coleman Young.

From 1992 to 1996 Mr. Malone was Deputy Mayor for Economic Development for the District of Columbia and  member of Mayor Marion Barry’s cabinet.  While he was deputy mayor he was instrumental in negotiating the completion of the MCI Sports Arena, home of the Washington Wizards and Washington Capitals, and the $30 million Black Entertainment Television corporate office and studio. 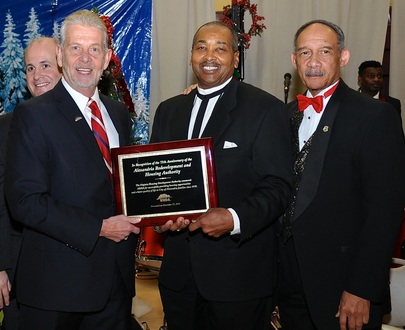 At present Mr. Malone is a real estate developer and transactional attorney with the Metropolis Development Company and the Harrison Malone Development Company, one of the few 100 per cent African-American development firms in the United States.  He is currently developing residential and retail projects in Charlotte, NC, Baltimore, MD and Cleveland, Ohio.

Merrick is married to the former Marsha Elaine Brown of Massillon, Ohio.  They have a daughter named Piper Malone.
Biographical update: Since Mr. Malone’s induction as an AHS Distinguished Alum in 2004, he served as principal and executive vice president of the Robert Bobb Group, LLC, a consulting firm that provides expertise to public castor entities in all phases of development.

In April of 2015, it was announced that Mr. Malone would be returning to familiar territory, this time as the director of the District of Columbia Housing Authority’s Office of Capital Programs.  He brings with him 30 years of experience in real estate and economic development and as a public official in Washington D.C. and Detroit.