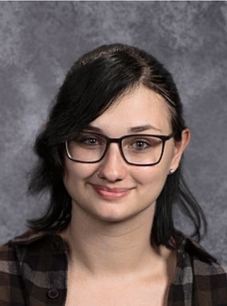 Norman Eugene McLeod, “Mac” was a life long resident of the Alliance area. He was an Alliance High graduate in the class of ‘51 and graduated from Mount Union College in 1955. While attending Mount Union, Mac worked at the YMCA and Klein and Roderick (on Main Street). He got to know many of the young men he would later have in class at AHS.

In 1954, even before graduation, he began teaching at Stanton Junior High. His second semester the High School principal asked him to come and teach history for a teacher who was ill. His first teaching contract at AHS was in 1955.

​Over the years Mac taught history, psychology, English and driver’s education and while teaching he worked part time in Guidance eventually becoming a full time Guidance Counselor. In 1964 his contract was for assistant principal/guidance counselor which continued through 1972. Mac was chosen to be the Class Advisor (Class Patron) for the classes of 1958 and 1961. In 1972 he moved to Marlington Middle School as a full-time Guidance Counselor. Mac moved to Louisville High School in 1977 and retired in 1986. After retirement, he worked with the Job Training  Partnership Act program, offered through R. G. Drage Career Center in Canton (JTPA was established to serve less advantaged students by placing them on jobs).

This scholarship is established by Jeanne Ameser McLeod ’57 to honor her late husband. “Mac loved his students and they truly respected him and I wanted to do something in his name.” Mac died August 4, 2012.

The recipient of the award each year will be a graduating senior at Alliance High School who is planning to pursue either a two or four year degree, is a good student, a hard worker and actively involved in high school activities. The selection will be made by the AHS Foundation Scholarship Committee.

​The AHS Foundation is honored that administration this scholarship fund has been entrusted to the Foundation. We will work to assure that future AHS graduates will benefit from the McLeod’s lifetime commitment to education.