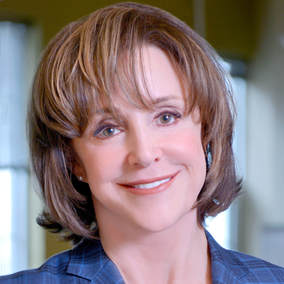 Mary Ann McCready is a 1970 graduate of Alliance High School.  She resides in Nashville, Tennessee where she is a founding principal and president of Flood, Bumstead, McCready and McCarthy, Inc., specializing in comprehensive business and financial management for a select roster of recording artists.  Her clients include: Kelly Clarkson, Wynonna Judd, Keith Urban, Rascal Flats, Gary Allen, John Hiatt, Mary Chapin and Shawn Colvin.

Ms. McCready previously was employed by CBS Records where she held various positions including secretary, director of Artist Development, and director of Sales and Product Development.  She also is a past president of the Nashville Entertainment Association. 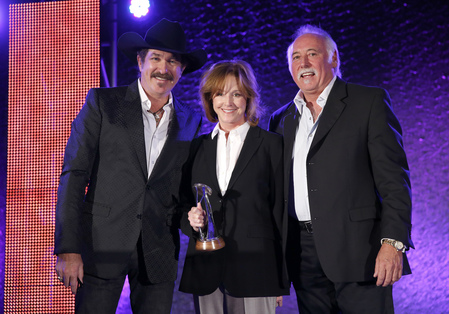 And the award goes to Mary Ann McCready, AHS graduate and Distinguished Alum. Mary Ann McCready receiving the 2012 Country Music Association's Business Manager of the Year Award. Kix Brooks, music artist, actor and film producer is on the left and CMA Executive Officer Steve Moore is on the right. (source: flickr.com)
Biographical update: In 2012 the Country Music Association honored Ms. McCready with the SRO (Standing Room Only) Business Manager of the Year Award.  Ms. McCready is also a trustee of the Country Music Hall of Fame in Nashville and co-chairman of the Nashville Music Council, an association she helped create with former Nashville mayor Karl Dean.  In 2014 the Hollywood Reporter listed her as one of Hollywood’s 25 most powerful business managers.  She also received a Source Award in 2014 honoring women who make major contributions to the music industry

Ms. McCready is quoted as saying, “I love what I do.  My dream was to build the best, most comprehensive, expertise-populated business management firm any artist could imagine having, and I work at that every day.  I’m surrounded here by such a rich mix of knowledge.” (source: billboard.com)