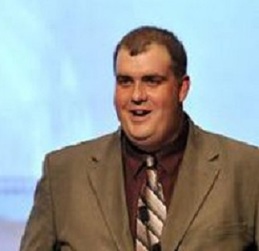 Mark Fedor is the president and chief executive officer of Alliance based manufacturer, Morgan Engineering.  A 1994 graduate of the University of Akron’s College of Engineering, he is a member of the Alliance Area Development Foundation board and was elected in 2008 as chairman of the Association of the Iron and Steel Technology National Conference.

Three generations of Mr. Fedor’s relatives previously worked for Morgan Engineering, but he was working out of state for another company when the president of the parent company that owned Morgan Engineering offered him the job of running it.  Before accepting, Mr. Fedor negotiated a right to eventually purchase the company, which he did in 2010.

Inside Morgan Engineering (source: morganengineering.com)
In 2008, under Mr. Fedor’s leadership, Morgan Engineering was awarded the Alliance Chamber of Commerce’s Large Business of the Year award. “Mark exemplifies what an AHS graduate can make of oneself,” his nomination reads. “He is a great asset to the Alliance community and the school system.”  He also received the 2011 Business of the Year award from the Canton Regional Chamber of Commerce.