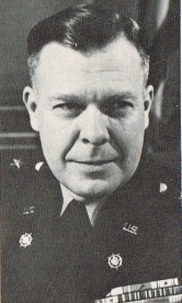 Major General Paul Frailey Yount of the United States Army ranked first in his Class of 1930 as a West Point Cadet and received his C.E. from Cornell University in 1933.

Maj. General Yount was responsible for the construction and completion of all railroads in Iran and Iraq in 1941 and 1942.  He was subsequently transferred to the China-Burma-India Theater where he earned distinction with his ability to resolve logistical problems under extremely difficult conditions.  In 1944 he was promoted to brigadier general.

He served as Chief of Transportation, Department of the Army from 1953 to 1958.  During that period, Maj. General Yount presented many speeches and lectures at various institutions including the Army War College and the Armed Forces Staff College.  Those presentations are available through the Online Computer Library Center’s (OCLC) website worldcat.org. 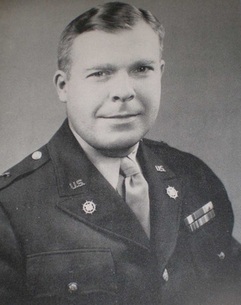 Brig. Gen. Paul F. Yount, acting chief of transportation in 1953, prior to being promoted to major general (source: charsbrokenbranches.com)
After retiring from the military in 1959, he became one of the most highly respected men in transportation circles and is a consultant to the Commanding General of the United States Army Material Command at the Pentagon.

Maj. General Yount is married to Elizabeth Reybold, whose father was a Lt. General and brother graduated from the U.S. Military Academy in the class of 1935.  They have one daughter named Margaret Yount Robinson.

Biographical update: Maj. Gen. Paul F. Yount passed away on November 28, 1984 in Indiana, Pa. at age 75, following a long illness.  His spouse, Elizabeth, passed away on March 17, 1992 at age 82.  They are buried together in the United States Military Academy Post Cemetery at West Point.

Their daughter, Margaret, passed away in 2013.  Maj. General Yount and Elizabeth are survived by their son-in-law, Lt. Col. Willard Robinson, five grandchildren with three spouses, eight great-grandchildren with one spouse, and one great-great grandson. 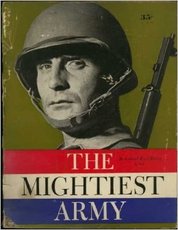 ​﻿﻿Excerpt from The Mightiest Army by Col. Karl Detzer, General Staff Corps, U.S. Army 1945: "There was Brigadier General Paul F. Yount, who had made the Iranian State Railway one of the most efficient in the world. He was called out to Burma late in 1943 and he broke the bottleneck on the railroad there and hauled more tonnage than our most enthusiastic predictions had set as a maximum. (source: amazon.com and cbi-theater.com)