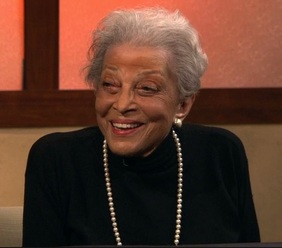 Lucile Alexander Watts grew up in Alliance, Ohio and her family still resides here.  She attended the University of Detroit and received her L.L.B. and Juris Doctorate from the Detroit College of Law in 1962.  She was admitted to the practice of law in 1963. 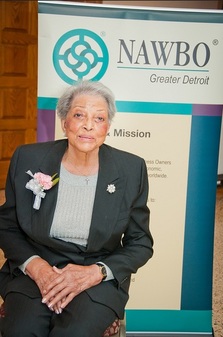 Judge Lucile A. Watts, ret. at a National Association of Women Business Owners event in 2012. (Source: flickr.com)
Attorney Watts headed her own law firm in Detroit for eighteen years, specializing in housing law.  In 1978 she was elected a Judge of the Common Pleas District Court for the City of Detroit.  In 1980 Judge Lucile A Watts was elected Judge of the Third Judicial Circuit Court, Wayne County Michigan, where she became the first black woman in Michigan to serve on the Circuit Court.  She still serves in that capacity as of this writing.

Judge Watts has been a member of the YWCA for her entire life, beginning here in Alliance and continuing in Detroit.  She has served the YWCA of Metropolitan Detroit in all volunteer capacities including: Branch Chair (Northern), Board of Directors, Board of Trustees and as a member of the Leadership Team.
Biographical update: Judge Watts served for the Third Judicial Circuit in Wayne County for 14 years.  Following her retirement from the bench, Judge Watts remains very busy with a small law practice, the Mary McLeod Bethune Association and volunteering with many organizations including Focus: HOPE, an organization whose aim is to overcome racism and poverty through education and training.  She is also vice president and a board member of the Woodward Academy in Detroit.