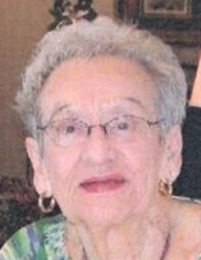 Following her graduation from Alliance High School in 1936, Ms. Lembright attended Mount Union College and the Elizabeth Steel Magee Hospital in Pittsburgh, and graduated from the University of Pittsburgh with a B.S degree in Nursing in 1946.  She also earned a Certificate in Industrial Nursing from Yale University in 1952 and did postgraduate work in Public Health at the New York University, School of Industrial Medicine.

Positions that Ms. Lembright has held during her nursing career include: Head Nurse at Elizabeth Steel Magee Hospital, Industrial Nurse at Westinghouse Corporation, and Industrial Nurse Consultant for the Pittsburgh Department of Health. 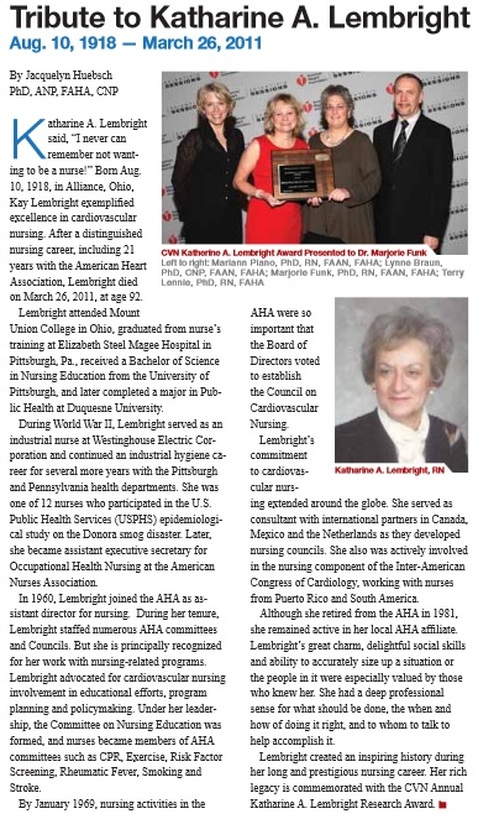 She was known dress up as “Smiley the Clown”, a character she utilized to bring humor and cheer to children and parents alike.

Active in many professional organizations, Ms. Lembright has been chairman of the Industrial Section of the both the Pennsylvania Organization of Public Health Nursing and the Pennsylvania State Nurses’ Association.  Additionally she has been active on numerous committees for the American Nurses’ Association, the National League of Nursing, the National Safety Council, and the American Association of Industrial Nurses.

She has contributed articles to numerous medical publications including Industrial Nursing Magazine, National Safety News, AMA Archives, and the Journal of Rehabilitation.  She also served as a nursing consultant on two films produced by the American Heart Association.

Ms. Lembright is recognized as one of the outstanding nursing consultants in the United States.  Her work has been instrumental in advancing nursing care of patients with cardiovascular disease and in expanding nursing education programs conducted by heart associations across the country.

Biographical update: Katherine A. Lembright of Columbia City, Indiana passed away on March 26, 2011 at The Oaks nursing facility where she had been a resident for two weeks.  She was buried in Alliance City Cemetery.