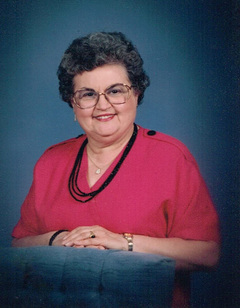 Following graduation from Alliance High School in 1948, Ms. Pietrocola began working for Alliance First National Bank as a secretary to the Vice President and Trust Officer.  In 1966 she was put in charge of the Trust Department operations and 2 years later was elected Assistant Trust Officer.

In 1988 Ms. Pietrocola became Vice President and Trust Officer for the newly formed Bank One of Alliance.  She was instrumental in the development of the present system of automated trust accounting serving on the Ohio Bankers Committee for Automation. 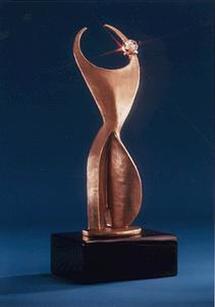 In 1987 Ms. Pietrocola received the Alliance Exchange Club’s “Book of Golden Deeds” award in recognition of her service to the people of Alliance. 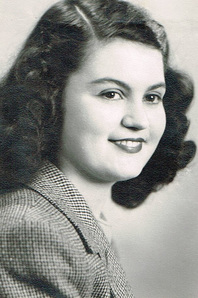 Joanna Pietrocola as an AHS Senior in the 1948 "Chronicle".
Biographical update: Soon after being inducted as an AHS distinguished alum in 1989, Ms. Pietrocola was lured away from Bank One by the United Bank and Trust Company from whence she retired in 1996.

In 1993, she was named YWCA Woman of the Year and in 1995, she received the prestigious Athena Award from the Chamber of Commerce in recognition of her professional excellence and community service.

Ms. Pietrocola passed away on September 30, 1999 at the age of 68.  Her final resting place is in the mausoleum at Highland Memorial Park east of Alliance.  Following her death, the Joanna Pietrocola Memorial Scholarship was established in recognition of her volunteer service to the community.  The fund is administered by the AHS Alumni Foundation and scholarship recipients are chosen by a committee established by the family based on criteria that includes school and community involvement.