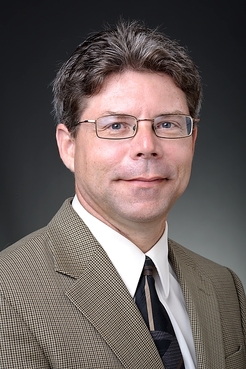 He joined the University of Wisconsin-Madison faculty in 1989 as an assistant professor in the Department of Civil and Environmental Engineering where he co-founded the Construction Engineering and Management Program and developed the construction curriculum.  From 1999 to present Dr. Russell has been a Professor in that same Department and from 2004 to 2012 he was Department Chair.  From 2008 to 2012 he was also Pieper Foundation Chair in Servant Leadership.  Since 2011 he has been Vice Provost for Lifelong Learning and Dean of the Division of Continuing Studies, University of Wisconsin-Madison. 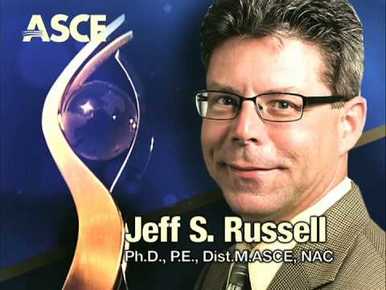 Outstanding Projects and Leaders (OPAL) Lifetime Achievement Award recipient for 2014, presented by the American Society of Civil Engineers. (source: engr.wisc.edu)
Dr. Russell’s professional organizations include the American Society of Civil Engineering.  He has written and published over 150 articles on civil engineering and the environment.  His major contributions to society include his role as a teacher, mentor and student advocate, affecting the lives of thousands of students, faculty and colleagues in civil and environmental engineering.

Honors Dr. Russell has received include the Charles Pankow Award for Innovation I 2004, Grand Award Winner awarded by the American Council of Engineering Companies, “Best of What’s New in 2005” by Popular Science Magazine and a second Charles Pankow Award for Innovation in 2006.  Over the past 25 years he has received more than 40 additional awards in the engineering and environmental fields including nine Outstanding Professor of Civil and Environmental Engineering awards from the American Society of Civil Engineering Student Chapter.

Dr. Russell resides in Madison, Wisconsin with his wife Vickie.  They have five children.  He was nominated by Karen Russell.

Biographical update: Dr. Russell was recently honored for his career in education as one of five Outstanding Projects and Leaders (OPAL) Lifetime Achievement Award winners for 2014 by the American Society of Civil Engineers (ASCE).  The award, which recognizes Dr. Russell’s extraordinary contributions to civil engineering throughout his 25-year career, was presented during ASCE’s annual OPAL Gala in Arlington, Virginia.