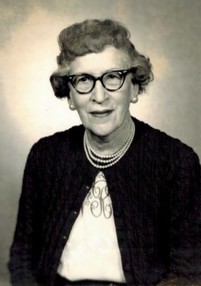 Hazel Purcell Rodman was a leader in the establishment of the Alliance Chapter of the American Red Cross and served as the first secretary and director from 1919 to 1925.  She is now an Honorary Member of the Red Cross Board.  In 1921, she was the first woman to be appointed to the Board of Trustees of Mount Union College and she presently serves as its vice president.  She gives selflessly to civic activities for the good of the community.

Mrs. Rodman graduated from Mount Union College in 1914 with a B.A. degree in Education.  She also studied at Syracuse University and Western Reserve University.  She married Clarence J. Rodman from Wisconsin on November 19, 1925 who became an Alliance industrialist and together, the Alliance community was the benefactor of their philanthropic activities.  They have two sons. 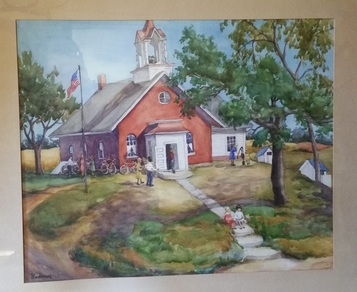 Painting by Hazel Purcell Rodman. (source: Rodman family)
​Distinguished nationally as a watercolor artist, Mrs. Rodman has had her work exhibited in New York, Philadelphia and Baltimore art exhibits.  She was listed as an artist in the 1935-36 edition of American Women: The Official Who’s Who Among the Women of the Nation.  She was also active in the First Presbyterian Church and served as director and vice president of the Alliance Women’s Club.

Mrs. Rodman held a patent for a combined washing machine and wringer dated December 22, 1936 when she and her husband, Clarence J. Rodman, owned and operated the Alliance Porcelain Products Company, which went on to become the Alliance Ware, Inc. 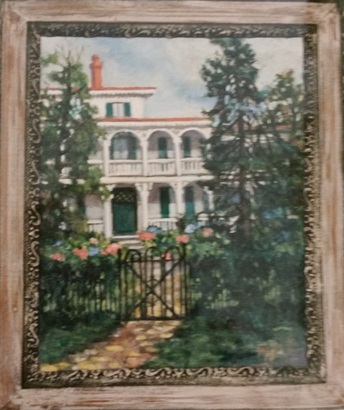