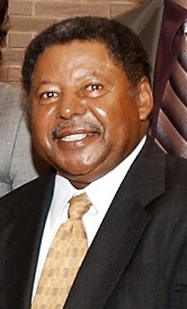 After earning a degree from Kent State University, Hammet Lilly worked for both Sears & Roebuck Company and Kohl’s, where he eventually became vice president of the area covering central Illinois and Iowa.

Mr. Lilly has served on the board of directors for the Boy Scouts of America in Champaign, Illinois and has been a strong financial supporter of the Salvation Army.  He has also been active in the Urban League’s “A Better Chance” program, which supports inner-city minority students.

His nominator described Mr. Lilly as a “good example of leadership and family commitment.”