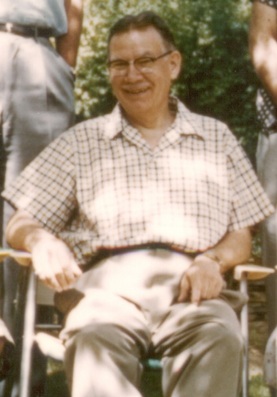 F. Kermit Donaldson, who passed away on October 1, 1967 at age 65, was widely known throughout the steel foundries of America.  He held offices in industrial organizations and for many years served as the executive vice president of the Steel Founders’ Society of America headquartered in Cleveland.  The Founders’ Society is a trade association that represents and assists steel casting producers in the U.S., Canada and Mexico.  Previously Mr. Donaldson had acquired 35 years of steel foundry experience at all levels from apprentice to vice president and general manager of Machined Steel Casting Company.  In 1949, he was awarded the Frederick A. Lorenz Gold Medal, the Founders Society’s highest award.

In 1961, Mr. Donaldson was elected president of the American Society of Association Executives based in Washington DC.  ASAE is a large association of CEO’s and staff professionals that provides resources in education, knowledge, future-oriented research and advocacy.

Despite working in Cleveland, Mr. Donaldson still lived in Alliance.  He traveled thousands of miles annually on Founders’ Society business.  He also had interests in archaeology and photography, and spoke six languages.  Many of his articles on steel and archaeology have been published for international circulation.

Mr. Donaldson was also an accomplished musician.  He played several instruments including the bassoon, saxophone, clarinet, banjo, mandolin and piano.  During the 20’s and 30’s, he played the mandolin, saxophone and clarinet in a dance band called “Madelyn’s Merry Melody Makers”.  He played the bassoon regularly in the Canton Symphony Orchestra and was a guest bassoonist in several other orchestras.  In 1946 he wrote the music and lyrics for “The Steel Foundry Blues” which he performed many times for The Steel Founders’ Society of America.

Mr. Donaldson was married to the former Helen Scott ’18, and they had two sons and a daughter.

(Note: In 2003 Mr. and Mrs. Donaldson’s children established the F. Kermit and Helen Donaldson Memorial Scholarship, which is administered by the AHS Alumni Foundation.)