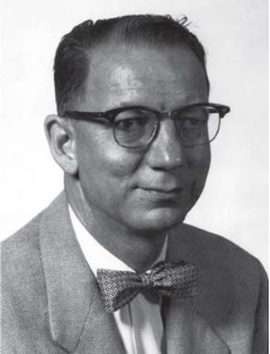 Dr. Warren Wheeler, born in Youngstown in 1909, graduated from Alliance High School in 1926 and earned his B.S. degree from Mount Union College in 1929.   After receiving his M.D. degree from Harvard Medical School in 1933, Dr. Wheeler served his pediatric residency at Boston Children’s Hospital from 1933 to 1937.

After two years of private practice in Dayton, Ohio, Dr. Wheeler took a position with the Michigan Department of Health and two years later was appointed Director of Laboratories with the Children’s Hospital of Michigan.  From 1941 to 1945 he was an associate professor at Wayne University.

In 1945 Dr. Wheeler returned to Ohio and served 18 years as a pediatric physician at Children’s Hospital in Columbus and a professor of pediatrics and bacteriology at the Ohio State University.  He has been specifically interested in making hospitals safe for children by combating cross-infection among children.  His service was such that he became known as “Mr. Pediatrics” at Children’s Hospital.  At least 300 doctors have gone from his tutelage into the field of pediatrics. 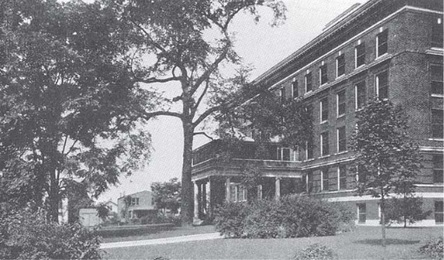 A 1924 photograph of Children's Hospital in Columbus, Ohio, where Dr. Warren Wheeler was appointed as the first full-time Professor of Pediatrics in 1946. (source: osuwmcdigital.osu.edu)
From 1959 to 1962 Dr. Wheeler was Chief Editor of the American Journal of Diseases of Children.  As editor, he was concerned that for reading to yield any reward, the average practicing physician needed to be persuaded to read.  As such, Dr. Wheeler would tempt readers with “lead-ins” at the beginning of each article to entice them to continue reading.  As such, much thought went into Dr. Wheeler’s “lead-ins”.

Dr. Wheeler married Margaret Spellmeyer, from Attleboro, Massachusetts, in 1939 and they have three sons.