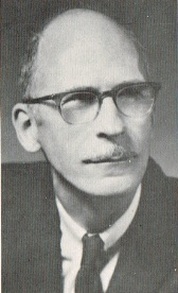 From 1934 to 1938, Dr. Stanton studied as a Fellow of the American School of Classical Studies in Athens Greece.  He taught at Illinois College in 1940 and Vassar College from 1940 to 1946.  In 1947, he received a position as professor of Classical Art and Archeology at Emory University where he stayed until 1961, when he was offered a position in the Art Department at the University of Chicago.

An opus sectile panel of port buildings from the Kenchreai, Greece from the 4th century B.C. (source: agegotostock.com)
Dr. Scranton is widely known in the field of archeology and was involved in numerous excavations throughout Greece, Cyprus and Georgia.   He was instrumental in obtaining funding from the University of Chicago for excavations at Kenchreai, the ancient port of Corinth.  He directed five seasons of excavations there and artifacts that he discovered from a 3rd or 4th century church are on display in the Isthmia Museum, Greece.

Dr. Scranton's honors include being a Fellow at the American School of Classical Studies in Athens, Greece and a Guggenheim Fellow.  In 1952 he was granted an honorary Doctor of Letters by Mount Union.  He also received a grant from the American Council of Learned Societies.

He has authored or co-authored a dozen books and 27 articles in his field including: Greek Walls, 1941; The Monuments of the Lower Agora and North of the Archaic Temple, 1951; Mediaeval Architecture in the Central Area, 1957; Greek Architecture, 1941 and Aesthetic Aspects of Ancient Art, 1964. 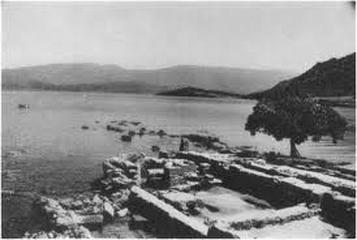 Excavation at the port of Kenchreai in 1963. (source: jstar.org)
Dr. Scranton is married to the former Louise Capps of Jacksonville, Illinois.  They have a son and two daughters.

Biographical update: In 1969, Dr. Stanton became chairman of the Art Department at the University of Chicago, a position he held until 1973.  In 1977, he retired and moved to Decatur Georgia where he taught courses at Emory College and Agnes Scott College.

In 1999, the Robert L. Scranton Lectureship was created by the Friends of Robert Scranton.  The Scranton Lecturer is chosen by a committee from the Archaeological Institute of America.