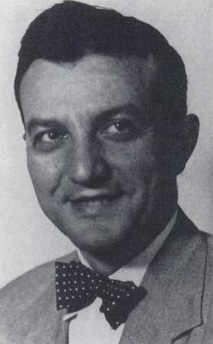 Dr. Furcolow was the first Italian-American to graduate from Mount Union College and subsequently earned his medical degree from Yale University in 1934.  He served a research fellowship at the University of Cincinnati, Department of Pediatrics where he also received his master’s degree in Bacteriology in 1938.  During this time he was also doing his internship in pediatrics at Cincinnati Children’s Hospital.

In 1938 Dr. Furcolow joined the United States Public Health Service where he had a stellar 26 year career including extensive research in the field of viral and fungal diseases.  He is best known for his work with tuberculosis and histoplasmosis, the latter of which Dr. Furcolow was considered one of the leading researchers in the country.  From 1941 to 1943 he did research in viruses at the National Institute of Health under Dr. Charles Armstrong, who is also an AHS Distinguished Alumnus. During World War II he also served in public health in North Africa.

In 1945 Dr. Furcolow was involved in establishing a U.S. Public Health Service field station in Kansas City for the purpose of studying histoplasmosis.  In 1952 he was appointed Medical Director of that station.  While in Kansas, Dr. Furcolow also served as the medical officer in charge of the University of Kansas Medical Center.

Dr. Furcolow retired from the public health service in 1964 to join the faculty of the University of Kentucky as a Professor of Epidemiology and Acting Chair of the Department of Family Practice and Community Medicine.

Dr. Furcolow has written hundreds of articles and is cited extensively in medical books and journals.  He is listed in Who’s Who in Medicine and American Men in Medicine and he holds the Presidential Award of the International Poliomyelitis Congress.  He is also a Fellow of the American Medical Association, the American Public Health Association and American College of Chest Physicians. 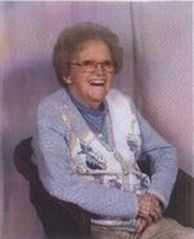 Carolyn Rowe Furcolow (source: findagrave.com)
Dr. Furcolow married Carolyn Rowe, from Heathsville, Virginia, in 1942 and they have two sons and two daughters.  Carolyn graduated from Mary Washington College in Virginia.  She was an elementary school teacher prior to their marriage and currently serves as a church organist.  She has many hobbies and enjoys traveling with her husband.