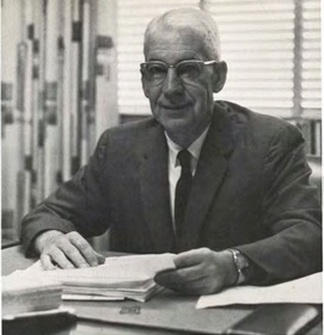 Dr. Kenneth McFall has been vice president at Bowling Green State University since 1960.  He received his Bachelor of Science degree from Mount Union College in 1929, and his Master of Arts in 1941 and Doctor of Philosophy degree in 1947 from Western Reserve University.

From 1929 to 1934 he held various executive posts in eastern Ohio schools, became Director of Admissions at Mount Union College in 1934 and joined the Bowling Green State University staff as Dean of Freshmen in 1943.  Successively Dr. McFall was Director of Guidance Services, Professor of Psychology, Assistant Dean and then Dean of the College of Liberal Arts in 1948.  In 1955 he was appointed to the newly created position of Provost and in 1960 became general vice president of the University, the position he now holds.

He is well known for his academic leadership in promoting understanding and improvements in the field of education.  His contribution in the phenomenal growth of Bowling Green is widely recognized. 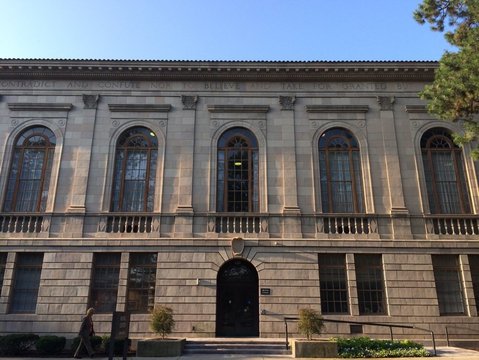 Dr. McFall has been or is a member of the American Educational Research Association, the National Vocational Advisory Board for several fraternities and sororities, the Ohio Council on Advance Placement Programs, several committees of the North Central Association of Colleges and Schools, the American Conference of Academic Deans, and is a Fellow in the American Association of the Advancement of Science.  He is a Mason and has served on his church’s Board of Trustees.  He is listed in Who’s Who in America, American Men of Science and Leaders in Education.

Dr. McFall and his wife, the former Dorothy Vernon, a 1929 graduate of Mount Union College, have one daughter.

Biographical update:  The Bowling Green State University former library, which was renovated for use as administrative offices and the graduate college, was renamed the McFall Center in 1976.  Dr. McFall passed away on August 27, 1991 at the age of 84.  Dorothy passed away on January 25, 1998 at the age of 90.  They are survived by their daughter.