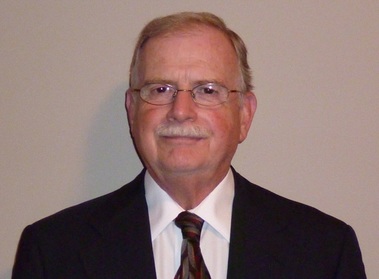 Between his graduation from John’s Hopkins and his internship, Dr. Messenheimer served three years in the U.S. Navy as a medical officer with a destroyer squadron.

Since 1978 Dr. Messenheimer has been an assistant professor, associate professor, and now a full professor of neurology and medicine at the University of North Carolina School of Medicine.

He is a member of numerous professional societies including the American Academy of Neurology, the American Epilepsy Society, and the American Association for the Advancement of Science.

Along with his teaching responsibilities and his medical practice, Dr. Messenheimer has been involved with research activities.  At present, his research is investigating the effects of epileptic seizure on the autonomic nervous system and neurophysiological testing of HIV positive subjects. 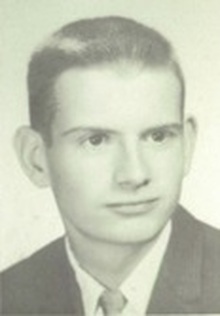 Dr. John Messenheimer as an AHS senior in the 1962 "Chronicle". (source: classmates.com)
Biographical update: Dr. Messenheimer continued at the University of North Carolina School of Medicine as Professor of Neurology and Medicine until 1996.  At that time he joined the pharmaceutical company Glaxo Welcome (now GlaxoSmithKline) in order to follow an opportunity to continue clinical research in the development of new treatments for epilepsy.

He remained at GlaxoSmithKline until retiring in 2010.  His academic work continued at GlaxoSmithKline with additional publications in scientific journals either as author or co-author.  In retirement he continues to work part-time as a consultant to pharmaceutical entities who are seeking to develop new treatments for epilepsy.

He and his spouse Carla Ball are enjoying life on a small farm in Moncure, North Carolina just south of Chapel Hill and Raleigh where they care for two horses.  They enjoy visiting John’s two sons, their wives and three grandchildren, who also live and work in North Carolina.