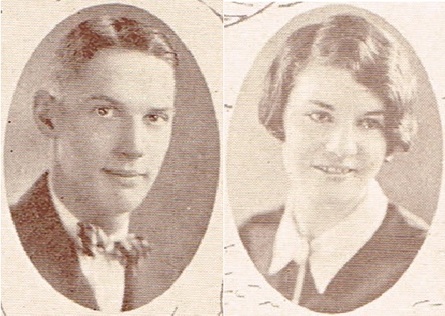 Dr. Joseph Fred Lembright was a 1927 graduate of Alliance High School.  He attended Mount Union College from 1928 to 1931 earning a Bachelor of Science degree and graduating in the top ten percent of his class.  He earned his Doctor of Medicine degree from John’s Hopkins Medical School in 1935, graduating fourth in his class.

Dr. Lembright remained at John’s Hopkins for one year of internship in obstetrics and gynecology.  From 1935 to 1938 he completed residency in general surgery at the Lahey Clinic and Massachusetts Memorial Hospital in Boston.  He also spent a year working at the Mayo Clinic.

From 1941 to 1948 Dr. Lembright practiced medicine in Clarksburg, West Virginia.  He returned to Alliance in 1948, and for the next 22 years was one of Alliance’s best known surgeons.  He also served as physician for American Steel Foundries and Transue and Williams.

During his career he was a strong financial supporter of the Salvation Army, Visiting Nurses, Y.M.C.A., Southern Medical Society, Good Ship Hope, and the Smithsonian Institution.  For many years he fully funded a student scholarship at Mount Union College.

Dr. Lembright was a most sympathetic, patient, and skillful doctor and surgeon.  He was greatly loved and respected by his patients, colleagues and friends.  He passed away on September 16, 1975 and is buried in Alliance City Cemetery.  He is survived by his spouse Audra Webb Lembright, AHS '27 and four daughters.

Biographical update:  Audra Hazel Webb Lembright, passed away on March 23, 2001.  She is buried with Dr. Lembright in Alliance City Cemetery.  They are survived by four daughters and an unknown number of grandchildren.