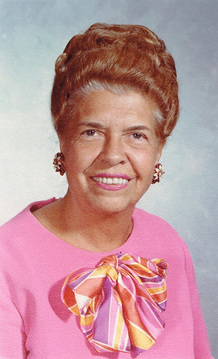 Dr. Cleveland was a teacher and educational consultant in the Alliance Public School System from 1927 until 1974.  She also served as an instructor in crafts at Syracuse University from 1953-1960.  From 1963-1970 she was instructor of art in Sierra Leone.  Dr. Cleveland was president and director of the Chautauqua Art Gallery in New York State from 1963 to 1976.  She serves on the board of Directors of the Canton Cultural Center, is a trustee of the Alliance Art Center and the Wildwood Art Gallery of Keatington, Michigan.

Dr. Cleveland is listed in Who’s Who of American Women, Who’s Who in American Artists, Women in the Midwest, Outstanding Community Leaders, and International Women of the World. 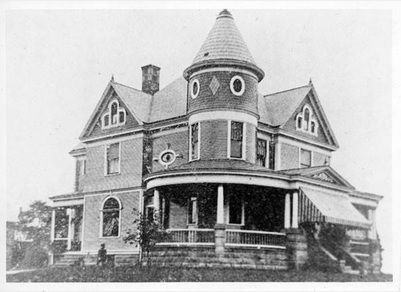 They raised four children named Carol, Marilyn, George and Donald of whom three have also passed away.  George passed away on September 9, 1957, Carol passed away on March 3, 1977 and Donald passed away on January 31, 1999.  Helen, Harold and the three children are all buried in Alliance City Cemetery.  A fifth child, Ronald, who was born after Carol, died at birth.  They are survived by Marilyn who lives in Alliance and spends winters in Florida.