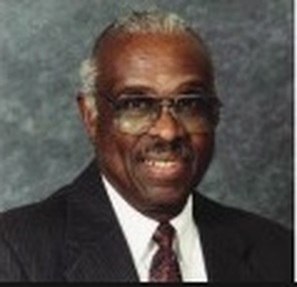 ​Harry Johns was a student and a member of the ROTC program at Wilberforce College in 1943 when he volunteered for the U.S. Army.  He earned the rank of corporal in the 999th Field Artillery assigned to General George Patton and took part in the D-Day invasion of France.  After World War II, he returned to his studies at Wilberforce graduating with a B.S. degree in accounting 1947, followed by an M.A. degree from Columbia University in 1949.

Upon graduation, Dr. Johns became the bursar at Central State University.  Over the next few years he was appointed to the positions of assistant Professor of Business Administration, Director of Business and Economics and Comptroller of the University.  In 1958 he was appointed Business Manager and in 1960 Vice President in charge of Fiscal Affairs.  Since January 1, 1966 he has served as Director of Future Planning and Physical Plant Services. 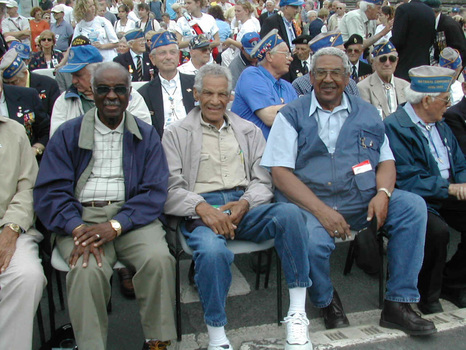 WW II veterans who participated in the Normandy Invasion attending the 60th anniversary ceremony on June 6, 2014 in St. Lo, France. Corporal Harry G. Johns is front row left. (source: bjmjr.net)
​Biographical update:  From 1972 to 1977, Dr. Johns was Dean of the College of Business.  He subsequently left Central State to go into business using his vast experience to provide educational management services.  In 2005 Central State honored him with an honorary doctorate in humane letters and in 2010 ground was broken on the Harry G. Johns Living Learning Center.

Dr. Johns was a founding board member of the Central State University credit union and the first black president of the Xenia Rotary Club.  Central State further honored him with the College of Business Administration Alumnus Award and the creation of the University’s Dr. Harry G. Johns Scholarship.