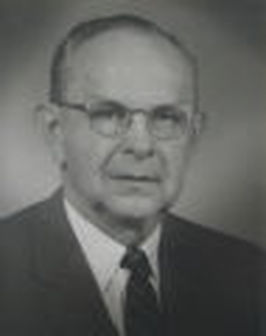 Dr. George Lincoln King, Jr., who passed away on April 27, 1967, was a lifetime resident of Alliance whose overall leadership for Mount Union College and the Alliance community was one of the most significant in the history of this community.

Except for years spent in medical training and in the armed forces, Dr. King’s 67 years were interwoven with service to the community where he was born on March 23, 1900, and the college from which he graduated in 1922.  He earned his medical degree at the University of Pennsylvania School of Medicine in 1926.

Having joined the Army Reserve as an undergraduate, he served in World War II in England, France and Holland, earning promotion to Lieutenant Colonel and being discharged in 1945 as a Colonel in the Medical Reserve Corps.

Dr. King was engaged in an eye, ear, nose and throat practice at Eye Alliance from 1928 to 1948 when he then restricted his professional work to ophthalmology.  Eye Alliance was founded by his father, Dr. George L. King Sr., and was located at 537 East Market Street. 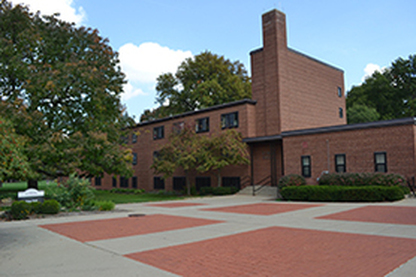 King Residence Hall on the University of Mount Union campus, named in honor of Dr. George L. King, Jr. and his spouse, Margaret Wagner King. (source: mountunion.edu)
​Dr. King served as president of the Alliance Area Chamber of Commerce, the Kiwanis Club, Alliance City Hospital staff, and the Stark County Medical Association.  He was also on the Mount Union College Board of Trustees for 28 years with 18 of those years as its president.  While Dr. King was board president the College constructed 11 buildings and remodeled another.  King Residence Hall was dedicated in 1960 in honor of Dr. George King and his spouse Margaret Wagner King in recognition of their devotion to Mount Union College for many years.

Dr. King is survived by his spouse, the former Margaret Wagner, who is a 1923 graduate of Mount Union College, and two sons and a daughter who are also graduates of Mount Union as well as all three of their spouses.