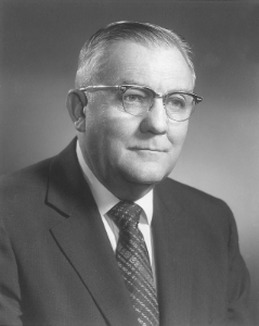 Dr. Everett Lewis Cattell is president of Malone College in Canton, Ohio and has served his church throughout his life.  He is a graduate of Marion College in Marion, Indiana with an M.A. from Ohio State University.  In 1927, he married Catherine DeVol from Marengo, Ohio.

After completing his education, Dr. Cattell served nine years of pastoral work in Friends Churches in Columbus, Springfield, and Cleveland.  During his Cleveland pastorate he was a part-time professor in the Cleveland Bible Institute.

Beginning in 1936, Dr. Cattell and Catherine spent the next 21 years of their lives as missionaries in India.  This was not new to Catherine whose parents were both missionary doctors in China.  She was born in China and lived there for 11 years until her father died. 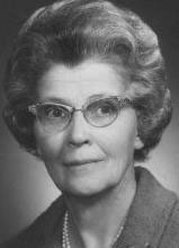 Catherine Devol Cattell (source: findagrave.com)
While in India, Dr. Cattell also served 20 years as superintendent of the American Friends India Mission, as a co-opted member of the Executive Committee of the National Christian Council of India, and as executive secretary of the Evangelical Fellowship of India.

Upon their return from India in 1957, Dr. Cattell became the General Superintendent of the Ohio Yearly Meeting of Friends for the next three years.  In 1960, Dr. Cattell was appointed president of Malone College, a position that he holds today. 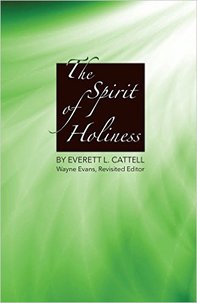 "Spirit of Holiness" by Dr. Everett L. Cattell in 1963 (source: amazon.com)
Dr. Cattell has been given honorary Doctorates of Divinity and Literature from, respectively, Asbury Theological Seminary in Kentucky and George Fox College in Oregon.

Dr. Everett Lewis Cattell passed away on March 2, 1981 at the age of 75.  His spouse, Catherine DeVol Catlett passed away in 1986.  They had two daughters who have also passed on: Barbara Ann Cattell on May25, 2010 and Catherine Cattell Boots on January 27, 2015.  They are all four buried together in Alum Creek Cemetery in Marengo, Ohio.