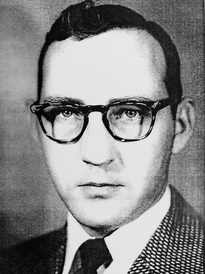 Dr. Chester Ray Benjamin of Silver Spring, Maryland was selected for his nationally and internationally recognized research and writings in the fields of science, biology and mycology.  He was made Honorary Research Associate in the Smithsonian Institute, and made a Fellow in the American Association for the Advancement of Science, the Washington Academy of Science, and the Iowa Academy of Science.

Dr. Benjamin graduated from Mount Union College with a B.S. degree in 1948, after serving four years in the U.S. Navy during World War II.  In 1947, he married Margaret Elliott Hart, AHS ’42.   He continued his education at the University of Iowa where he earned his master’s degree and doctorate. 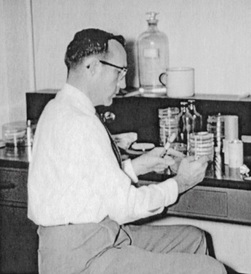 Dr. Chester R. Benjamin transferring fungal cultures at the National Fungus Collections in the U.S. Department of Agriculture in May, 1962. (source: mycologia.org)
Dr. Benjamin has worked with the U.S. Department of Agriculture since 1955, principally in the field of mycology.  Early in his career he was involved with the growth and fermentation of the fungi genus Penicillium, a subject of his dissertation for his doctoral degree.

In 1967, Dr. Benjamin became the president of the Mycological Society of America.  As the incoming president he challenged the membership to increase participation in international activities.  It wasn’t a hollow challenge.  While maintaining various positions with the Department of Agriculture, he also began representing the government on many international committees with Japan and other countries.  Also in 1967, the fungus genus Benjaminia was named in his honor. 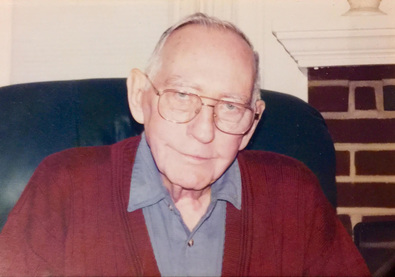 Dr. Chester Benjamin in retirement at his Silver Spring home in 2002.
Biographical update:  Dr. Benjamin’s international work led to various other appointments.  From 1971 to 1975, he worked on loan to the State Department as deputy agricultural directorate director in State’s Bureau of International Organization Affairs.  From 1975 to 1979, he was assistant international program staff chief in Agriculture’s Science and Education Administration.  From 1980 until his retirement in 1984, Dr. Benjamin was associate deputy administrator for international affairs in the USDA’s Office of International Cooperation and Development.

Dr. Benjamin passed away at his home in Silver Spring, Maryland on April 20, 2002 at the age of 79.  He had been an elder of Silver Spring Presbyterian Church.  His spouse, Margaret Hart Benjamin, passed away in 2014 at the age of 89.  They are survived by their daughter, Karen Benjamin (Clifford) Paris of Manassas, Virginia, a grandson and a great-grandson.