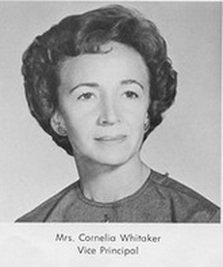 Cornelia Sotcan Whitaker graduated from Alliance High School in January 1938.  She attended Mount Union College earning a Bachelor of Arts degree while majoring in English and French.  She next received her Master of Arts degree through classes at Duke University and Kent State University.  Later she completed course work in the doctoral program at the University of Southern California.

Ms. Whitaker was awarded a Fulbright Scholarship and studied in Korea and Japan.  She also received the Terman Scholar Award from Stanford University honoring her as an influential educator.  She was also selected for the Award of Merit for Outstanding Contributions to Teachers of English, presented by the California Association of Teachers in English. 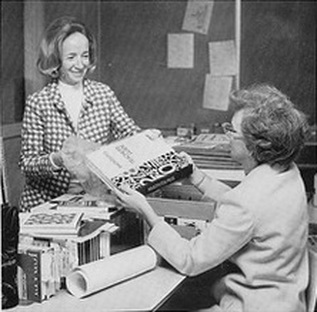 Her professional contributions to the improvement of education in the state of California have been extensive.  Ms. Whitaker has created curriculum guides for use with gifted students and has been the featured speaker at various conferences focusing on gifted student programs.  In addition, she has worked with the California State Department of Education as a project evaluator and worked on a committee which wrote the state bill setting guidelines for minimum proficiencies for high school graduation.  She was the director of several important title and grant programs, and has co-authored the gifted course of study for the California Department of Education.

Ms. Whitaker is truly a dedicated professional whose hard work and genuine concern have left a positive, lasting impression in the field of education.