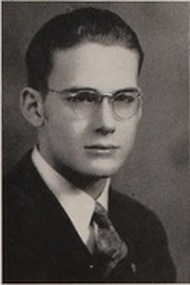 Dr. Stanley Lutz, now retired as a colonel in the U.S. Air Force after 32 years and 5 months service, was born in Yellowbud, Ohio and moved to Alliance as a child.  Following his high school years, he graduated from at Mount Union College in 1941, St. Louis University School of Medicine in 1946 and Johns Hopkins University School of Hygiene and Public Health in 1953.  He chose a career in medicine in the U.S. Armed Forces over the more financially lucrative field of private practice.

In April of 1944, he married Catherine Sheatsley, who graduated from Alliance High School in 1939 and Mount Union College in 1943.

Source: Novato Advance, www.newbrunswicj.archivalweb.com
His Air Force career included service in both Korea and Vietnam.  In 1956, he was chosen from among hundreds of doctors in the military to be Flight Surgeon on the Geodetic Survey over both the North and South poles.​
​
​While stationed at Hamilton Air Force Base, Col. Lutz was involved in formulating the 1959 Aircraft Prevention Program to be utilized throughout the U.S. Air Force to prevent pilot fatalities.  From 1966 to 1969 Col. Lutz served as a prevention medical officer on the Armed Forced Epidemiological Board.

​He was twice decorated with the Legion of Merit, highest U.S. honor outside of the battlefront.  His second decoration came at his retirement on March 1, 1974.  He is also credited with being instrumental in maintaining our nation’s position in aerospace medicine.

Following his retirement from the Air Force, Dr. Lutz, who currently lives in Bellevue, Nebraska, is serving as an associate professor in preventive medicine at the University of Nebraska Medical Center and director of the North Omaha Health Center. 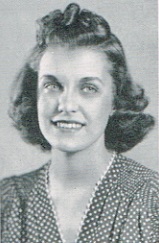