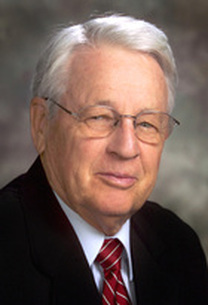 A 1947 graduate of Alliance High School, Mr. Grove went on to earn a degree in mechanical engineering from Duke University in 1951.  He served on active duty during the Korean War as a 2nd Lieutenant and safety engineer at Wright Patterson Air Force Base in Dayton, Ohio.  He also worked with General Chuck Yeager at Edwards Air Force Base in Washington D.C.  He was discharged from the Air Force in 1955.

From 1955 to 1977 Mr. Grove served as Director and Vice President of the National Appliance Dealers Association.  From 1955 to the present he has been a Director of the Appliance Business/Real Estate Development Company and served on the board of the First American Savings Bank since 1962.

From 1977 to 1989 he was a member of the Alliance Community Hospital Board and chairman of two expansion programs for new surgical and birthing units totaling 20 million dollars. 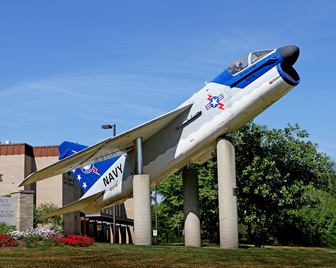 In 1961 he was named Alliance Citizen of the Year.  He was chairman of the Naval A-7 Aircraft Committee that in 1991 brought the Alliance A-7 Corsair attack aircraft to Alliance High School.

Mr. Grove married the former Carol Unger on June 21, 1952 and they have two daughters.