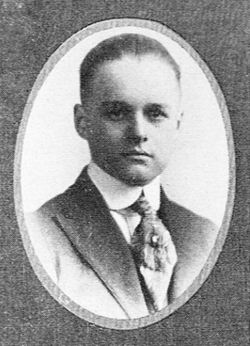 Charles Emerson Pettis graduated from Ohio State University in 1933 with a degree in civil engineering.  He has had a distinguished career as an engineer climaxed by his position as managing director of the firm of Finkbeiner, Pettis & Strout, consulting engineers based in Toledo, Ohio.

Mr. Pettis has principally been involved in helping many Ohio cities and villages build high quality water supply and sewage systems.  He was a pioneer and made notable contributions in efforts against water pollution long before the ecology movement reached its present-day momentum. 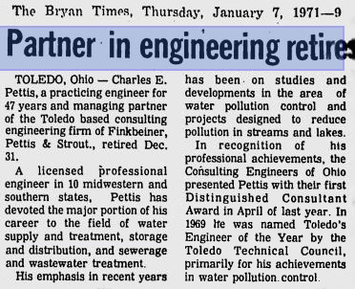 On December 31, 1970, Mr. Pettis retired from Finkbeiner Pettis & Strout where he served as a managing partner and director.

Lucile Pettis, Charles Pettis’s sister, taught physical education at Alliance high School from the 1930’s through the 1960’s.  She has also passed on and, at her request, her ashes were scattered at a cottage on Lake Erie where she spent many happy vacations.

In the early 1990’s, after Mr. Pettis had passed away, the City of Alliance constructed a state of the art water treatment plant, which is still considered modern and up-to-date more than two decades later.  Finkbeiner, Pettis & Strout served as the design and construction engineering firm for that project.  They continue to this day as the City’s consulting engineers for water and wastewater treatment, although they have since merged internationally under the name Arcadis. 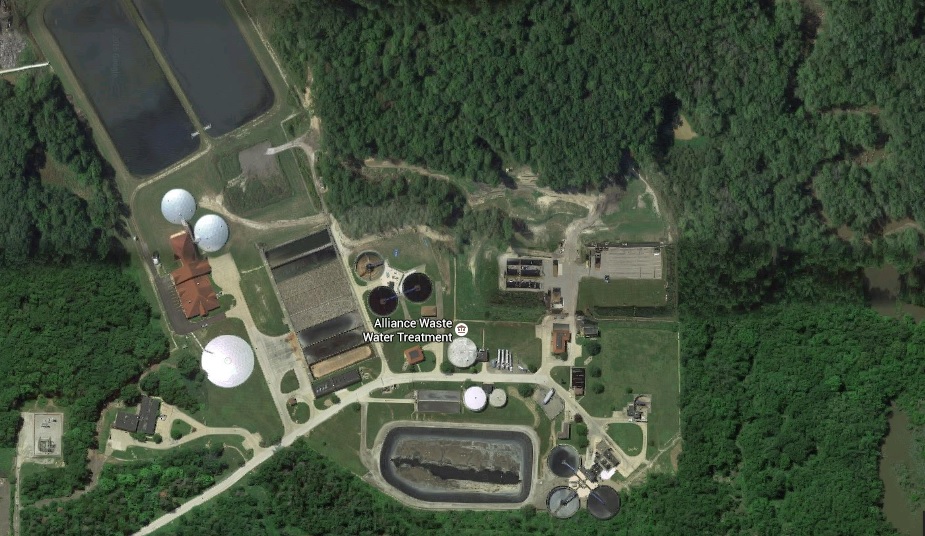