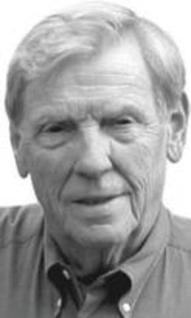 While a student at Alliance High School, Mr. Gehm had his paintings shown at the Canton Art Institute and the Butler Institute of American Art in Youngstown.  In 1948, Mr. Gehm and classmate Jack Stanley painted the murals that hung in the old high school auditorium until they were moved to the new Alliance High School in 1972.  He was the recipient of a 1948 Scholastic Art Award Certificate of Merit.

Upon graduation from high school, Charles Gehm attended the Columbus Art School on a scholarship.  From 1950 until 1953 he served in the U.S. Army in Korea.  From 1953 until 1955 he attended the Chicago Academy of Fine Arts.

He is a member of the prestigious Society of Illustrators and teaches illustration at the Pratt Institute in Brooklyn, New York. 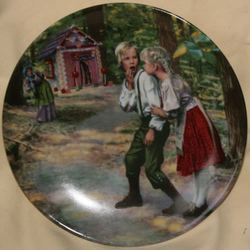 Bradford Exchange's Grimm Fairy Tales limited edition collector plate painted by Charles Gehm (source: ebay.com)
Mr. Gehm’s illustrations have appeared in “Life”, “Time”, “Newsweek”, “Ladies Home Journal”, “Readers Digest”, and “Good Housekeeping”.  He has done covers for hundreds of paperback books and did the cover painting for books by Nobel Prize winning author Saul Bellow.  He has illustrated a number of children’s books including “Soup”, and “The House without a Christmas Tree”.

Mr. Gehm has done poster paintings for the movies, “Barry Lyndon”, “The Betsy”, “Death on the Nile”  and most recently, “The River”.

He is currently working on the sixth plate in the Grimm Fairy Tales series of limited edition collector’s plates sponsored by the Bradford Exchange.  The series commemorates the two hundredth anniversary of the Brothers Grimm. 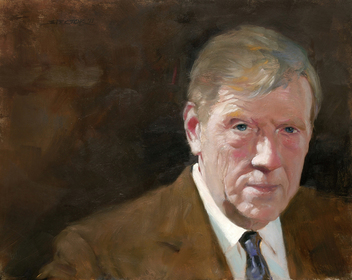 "Portrait of Charles Gehm" by Joel Spector, for which he was awarded a Certificate of Excellence from the Portrait Society of America. (source: workbook.com)
While home for the Christmas holiday, Mr. Gehm spotted what he considered to be the perfect model for a story he was illustrating for “Good Housekeeping” magazine.  The model is a family friend Heidi Vein and the illustration is expected to appear in the July issue of “Good Housekeeping”.

Biographical update: Mr. Gehm passed away on June 13, 2015 in Gaylordsville, Connecticut.  He had been living there since 2000 with his spouse Judith E. York, a noted artist and illustrator.  He was teaching illustration and design at West Connecticut State University.  In 2002 he was selected by the New York Stock Exchange to create its Christmas card for that season.  The original painting now hangs in the NYSE Museum.  Mr. Gehm is survived by his spouse and Phillip Gehm of Alliance. (source: the-review.com)