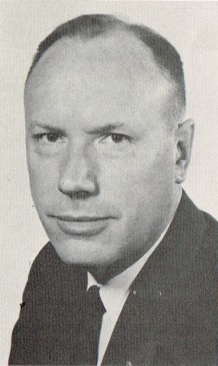 Captain George Trumbull Henderson has risen from airline pilot to airline executive in his 27 year career with United Airlines, one of the nation’s leading airlines.  He has been successively first officer, captain, flight manager, flight operations manager, and since 1966, director of flight procedures for United.  He has flown most of the aircraft in United’s fleet, including the new 200-passenger jetliner, the DC-8-61.

A graduate of Purdue University, Capt. Henderson spent his college summers learning to fly and financing his flight instruction by working at Taylorcraft Corp. of Alliance.  He graduated with a bachelor’s degree in aeronautical engineering.  During World War II he helped establish Air Transport Command in the South Pacific and flew supplies through enemy controlled territory. 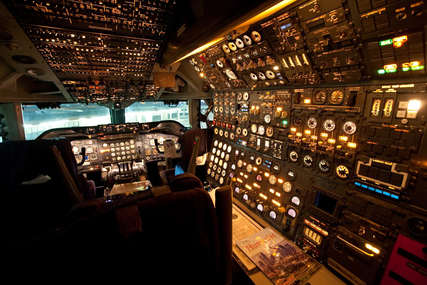 
Biographical update:  Capt. Henderson retired after a 40 year career with United Airlines culminating as both a pilot of 747’s and a company executive.  He and his spouse, Norine Moody, had two sons.  She passed away in 1993.  He subsequently married Virginia Barr Johnson who was an artist and a retired University of Central Florida professor.