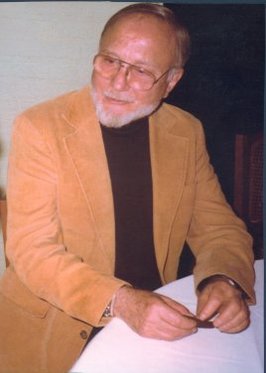 Brinton Turkle, of New York City, has established himself in the field of art as an illustrator and as an author of three children’s books.  He has also been a semi-professional actor and director in the theater.

As a youth he was influenced by Gertrude Kay, another AHS Distinguished Alum, who encouraged and nourished his artistic talent.  Following graduation from high school, Mr. Turkle attended Carnegie Institute of Technology in Pittsburgh from 1933 to 1936; the School of the Museum of Fine Arts in Boston from 1938 to 1940; and the Institute of Design in Chicago.

In 1948, he and his spouse Yvonne Foulton moved to Santa Fe, New Mexico where they began raising a family while Mr. Turkle illustrated books and indulged in his theatrical interests.  But, he decided to move back to New York City in 1959 to pursue his writing and illustrating career.

Over the next few years he authored and illustrated many books including: Obadiah, the Bold, Thy Friend Obadiah and The Fiddler of High Lonesome, the latter for which he received a Lewis Carroll Shelf Award in 1968.  His latest book is titled Thy Friend, Obadiah, which will be released this spring.  He has also illustrated books for many different authors including: Betty Crocker Cook Book, Mr. Blue by Margaret Embry, and The New Boy by Mary Urmston. 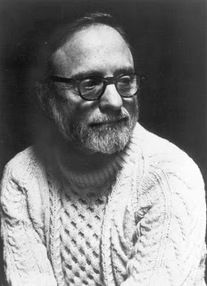 Brinton C. Turkle (source: childrensatheneum.blogspot.com
Biographical update: Brinton Turkle received the coveted Caldecott Medal in 1970 for his book Thy Friend, Obadiah, which was reviewed as “a perfect picture book about friendship.”  He wrote and illustrated many other books including two more in the “Obadiah” series: The Adventures of Obadiah in 1972 and Rachel and Obadiah in 1978.

He returned to New Mexico in 2001 and became immersed in the Quaker society where he felt most comfortable and was beloved by all.  Upon his return he was honored by the state of New Mexico with the Governor’s Award for Excellence in the Arts and as a New Mexico Living Treasure.

Mr. Turkle spent his last years in a retirement center, passing away on October 9, 2003 at the age of 88.  He was preceded in death by a brother and two sisters.  Surviving him are three children and two grandchildren.  His ashes interred at a Quaker cemetery near Santa Fe.