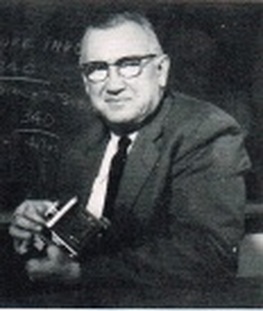 Leland Whitacre, who passed away on March 25, 1971, spent his lifetime in Alliance and literally gave his life to Alliance High School.  After graduating from the Ohio State University in 1928, this multi-talented alum returned to begin his teaching career at AHS where he held numerous positions and responsibilities over the years.

A teacher of fine arts and related subjects for 43 years, he pioneered the high school photo department which won national recognition.  He developed and produced the Fall Varieties, reflecting his keen appreciation of the stage.  Fall Varieties became an institution in AHS life, producing revenue that sustained many high school programs.  Thousands of students showcased their talents over the years and the multiple extravaganzas each year were enjoyed by thousands in the community and surrounding area.  Additionally, large groups of students were taken by bus to Brecksville, Broadview, Chillicothe and Crile Veterans Hospitals to entertain patients 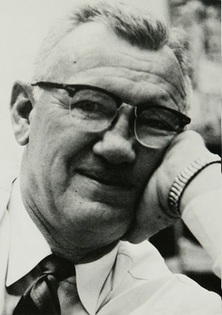 "Whit" (1970 Chronicle)
Mr. Whitacre was one who suggested the creation of the List of Distinguished Graduates as an inspiration to present-day youth.  He benefited from a Ford Foundation Fellowship, acquiring knowledge and understanding which he transmitted to the students.  He was a devotee of sports for the young and served as a high school coach in multiple sports including the basketball season of 1931-1932 when he guided an undefeated team.

Mr. Whitacre married Virginia Kaemmerer from Columbus, Ohio on August 10, 1929 and they went on to raise three sons named Ted, Lawrence and William.  In addition to his teaching, Mr. Whitacre also organized entertainment and sports activities for community Fourth of July celebrations in Silver Park.

When Mr. Whitacre announced that he planned to retire following the 1970-1971 school year, the Chronicle staff decided to dedicate the 1971 yearbook, “…to the man who had played the key part in making the Chronicle what it is today”.  With his subsequent passing before the close of that school year, they wrote, “With the passing of ‘Whit”, the Chronicle staff feels it is even more appropriate to dedicate this yearbook to the living memory of a dedicated advisor who sacrificed so much of himself for each of us.” 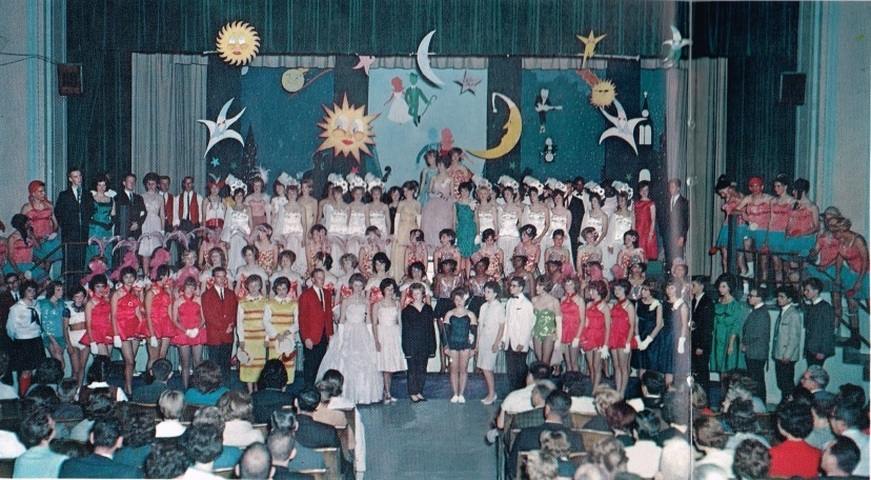