A graduate of Mount Union College and the University of Pittsburgh School of Medicine, Dr. Snow has devoted his adult life to ministering to the ills of others in Erie, Pa.  He was in the general practice of medicine from 1955 to 1965 and since that time has dedicated himself to the work of the Emergency Room staff in St. Vincent Hospital, Erie. 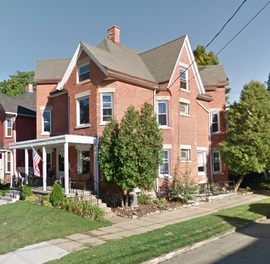 Dr. Daniel S. Snow Halfway House for Men, opened in 1991 in Erie, Pa. (source: google maps)
Dr. Snow has given himself to the Erie community, serving as an active member of the Hamot Hospital staff.  He also serves as an attending physician at the Erie County Hospital, Erie County Prison, as a member of the Hamot Hospital Family Planning Clinic, St. Vincent Mental Health, and at out-patient clinics.

Dr. Snow has served for nine years on the Erie Human Relations Commission and on the Erie Federal Housing Authority for five years.  Dr. Snow is a member and past chairman of the City of Erie Redevelopment Authority.  He received an Award of Recognition from the city of Erie for “outstanding achievement and meritorious service on the RDA.  He also serves on many community boards. 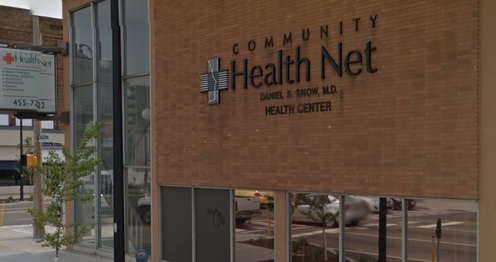 Daniel S. Snow, M.D. Health Center in Erie, Pa. (source: google maps)
Biographical update:  Dr. Daniel S. Snow passed away in 1991.  He is buried in Gate of Heaven cemetery in Erie, Pa.  He is survived by his spouse Jean Destefan Snow, two sons and a daughter.

In 1991 the Dr. Daniel S. Snow Halfway House for Men opened its doors at 361 W. 5th St. in Erie, Pa.  It is operated by Gaudenzia Erie, Inc. with a primary focus on alcohol and substance abuse treatment, but also provides housing and services for men with recurring mental disorders, HIV/Aids, and for criminal justice clients.