The Alliance High School Foundation was reorganized in 1987 under the leadership of its new chairman John Klusch ’34, after approximately 40 years of inactivity. The Foundation began providing nonrenewable scholarships to graduating seniors that same year.  In 1991, in an effort to recognize scholastic excellence, the Foundation began giving $100 awards to each member of the top 10 percent of the graduating class.

The Millennium Campaign was launched in 2000 with a goal of raising $250,000 in five years to provide more financially meaningful scholarships to AHS graduates for continuing education.  In December of that year, John and Roene Klusch donated $150,000 to the Foundation as part of that campaign.  The following spring, the Foundation granted the first ‘four year renewable scholarships’ to three graduating seniors.  That tradition continues today with additional renewable scholarships awarded to assist more AHS graduates with their continued higher education costs. 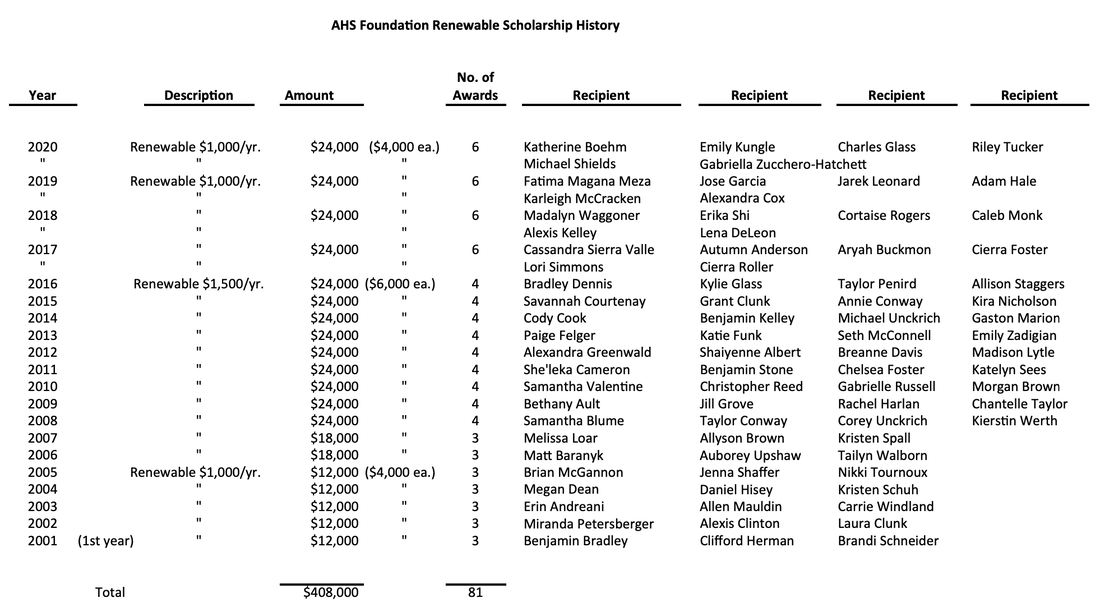