2020 recipients (left to right) Savannah Heller, Katlyn Zurbrugg, Eric Dunn, Augustus Jackson, Kaleigh Richmond
The John & Roene Klusch Scholarship was established by the AHS Foundation to honor the Klusches for their lifetime of service to the Alliance Community, particularly the youth. John was instrumental in the founding/revitalization of the AHS Foundation in 1986.  He established the premise that the foundation would raise funds through donations from alumni that would be used as scholarships or grants for new graduates who would be continuing their education.  He also promoted the establishment of a working board of trustees who would oversee fund-raising efforts and the distribution of scholarships.  John was the Foundation’s first president and served in that capacity until his death in 2001. The Klusch’s estate provided a $564,000.00 bequest to the Foundation’s general scholarship fund

John was a 1934 graduate of Alliance High School.  In 1949, he co-founded East Ohio Machinery Co. and served as its president from 1962 until his retirement.  In 1996, John was named an Alliance High Distinguished Alumnus and in 1999 he was elected to the AHS Athletic Hall of Fame. 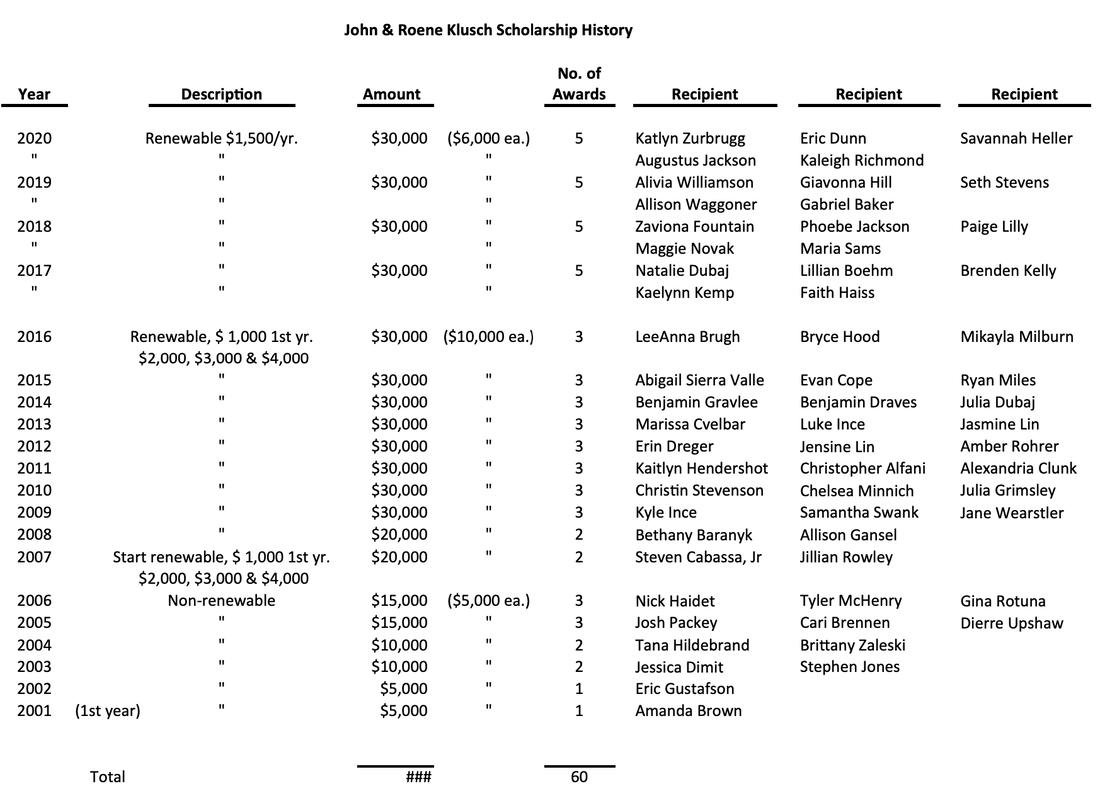